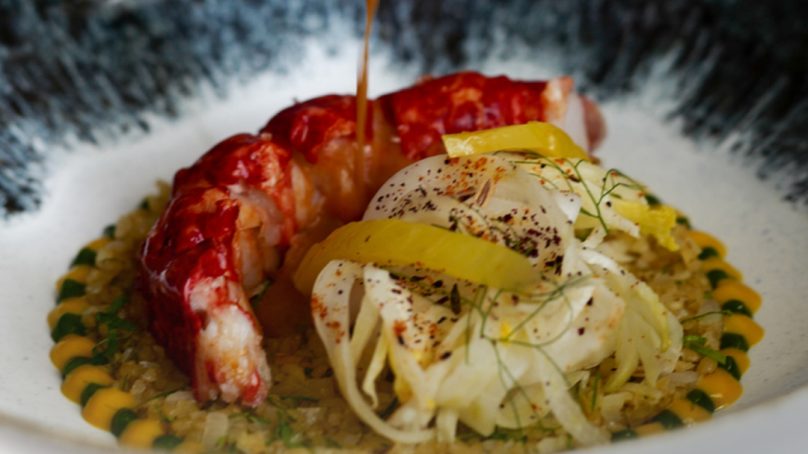 Most restaurateurs will tell you that their ultimate dream is to be awarded a Michelin star. However, certain countries have been more successful in achieving star status than others. Ralph Nader, CEO of Amber Consulting, looks at why the MENA is trailing behind in the Michelin world and profiles two Lebanese chefs who have beaten the odds.

When a restaurant is awarded a Michelin star, you can be sure that it has succeeded at the highest level. Two stars and the restaurant is excellent; three stars and it’s worth traveling a fair distance to.
Today, there are 2,651 restaurants in the world with at least one Michelin star. More specifically, 2,160 restaurants have earned one star, 385 have two stars and 106 have three stars. The country with the greatest number of Michelin-star restaurants is France, followed by Japan and Italy. Germany and Spain are not far behind.
As the Michelin Guide was born in France and French cuisine is foundational in fine-dining traditions, it may come as no surprise that the country boasts the highest number of Michelin stars in the world.

Michelin-starred Lebanese chefs
Throughout the years, Lebanese cuisine — or what we can also call Middle Eastern gastronomy — has underperformed in the Michelin world. While our nation’s food is highly regarded, very few restaurants
are starred. The same can be said for Lebanese chefs, although Greg Malouf and Alan Geaam are exceptions.

The Michelin Plate
The Michelin Plate is the most common rating for Lebanese and Arabic restaurants, which means “good cooking.” To be more precise, it means that the restaurant has the potential to be rated with one star, two or three stars, following the implementation of some new measures.
Many restaurants start off by entering the Michelin Guide and then moving up to obtaining a star in the ensuing years. Some of the factors that may contribute to moving up from a Plate to a Star include having talent in the kitchen, ambition and resources, like good suppliers to obtain the required ingredients.

High hopes
The MENA region is renowned for its delicious Arabic cuisine, but the fact is that very few restaurants has entered the Michelin world. Middle Eastern food is, in most cases, coming from a “village culinary origin” rotating around a sharing dishes approach, and not meant to be refined as such. It is mostly based on stews, Mezze and grill items not easy to integrate into the Michelin World which is usually granted to restaurants that are mostly working on an individual plate concept. But we strongly believe, as well, that a progression has occurred throughout the last 10 years, with an exciting wave of new, talented Middle Eastern chefs now entering the spotlight. This progress is not only evident within the Lebanese gastronomy scene, but also in Egyptian, Moroccan and Gulf food , alongside others that are also emerging. These cuisines are centuries old and reflect the culture of trading in spices, herbs and fresh ingredients. However, since the world is becoming increasingly cosmopolitan, the future of these cuisines is bright indeed. Always tasty, enticing, healthy and nourishing, they will not remain undiscovered and unrecognized for very long. So, see you soon Michelin!

Greg Malouf
Born in Melbourne to Lebanese parents, Greg Malouf is a recognized authority on Middle Eastern gastronomy. Malouf completed his training in France, Italy, Austria and Hong Kong before returning to Melbourne. He was executive chef of MoMo restaurant in Melbourne. The authoritative Age Good Food Guide awarded Malouf “two hats” — the rough equivalent of two Michelin stars — for his innovative approach to Middle Eastern cuisine, fusing traditional cooking from the region with modern presentation and Western techniques. The restaurant also scooped the guide’s Dish of the Year award in 2010 for its signature chorizo and pine-nut-stuffed veiled quail.
In spring 2012, Malouf relocated to London to take over from fellow Australian Skye Gyngell as head chef of the Michelinstarred Petersham Nurseries Cafe, where his arrival was greeted with a flurry of positive press reviews. After ensuring it regained its Michelin star, Malouf left Petersham Nurseries and returned to his native Australia in the fall of 2012. He is now based in Dubai and is collaborating with former wife, Lucy, on their eighth book, which he describes as an exploration of the food culture of Beirut.

Alan Geaam
Everyone has heard of the American dream, but Alan Geaam prefers the French version. Having moved to Paris at the age of 24, Geaam has climbed the ranks in gastronomy. His original recipes are an amalgam of France’s rich culinary heritage and touches from his native Lebanon — his commitment and passion can be tasted in Geaam admits that it was Paul Bocuse and Joel Robuchon, along with his mother, who made him want to cook. Motivated by the desire to share, the self-taught chef took 20 years to learn, understand and find his culinary identity. In 2018, he received his first Michelin star. Geaam’s eponymous restaurant in Paris promises guests a modern and unique approach to Lebanese and French gastronomy. The famous chef also owns two other food spots, Qasti and Saj, in the French capital. each creation. Born to Lebanese parents who were living in Liberia, Geaam did not develop his talents in the classrooms or kitchens of gastronomy stars, rather, he watched his idols on television.

What a chef wants according to Chef David Harnois