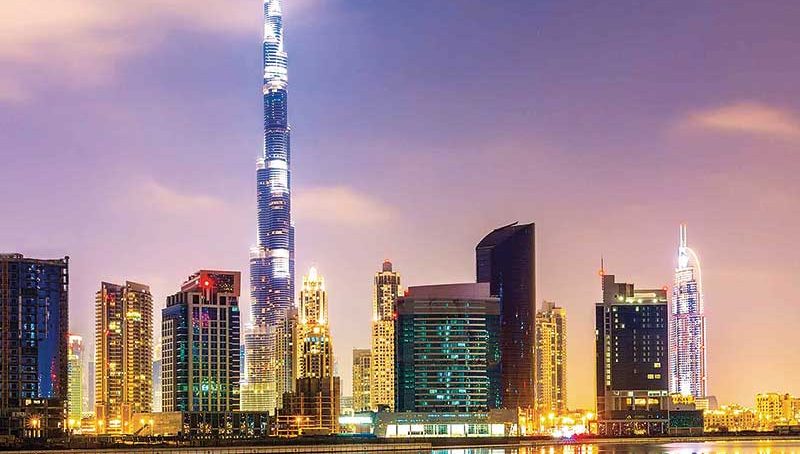 A review of the latest hotel performance indicators, outlook and insights on the UAE hotel market, focusing on the Emirates of Dubai, Abu Dhabi, and the Northern Emirates of Sharjah, Ras Al Khaimah, Ajman and Fujairah, from Talal Yousif, Director of HVS

As the UAE continues on a path of sustained economic growth and real estate development, the country is facing challenges, with the recent economic stagnation and the imbalance between supply and demand. However, opportunities have also emerged related to the diversification and momentum growth of its key source markets (India, Saudi Arabia, UK, China, Oman, Russia, USA, Germany, Pakistan and the Philippines), the build-up to the World Expo 2020 and the expansion of Dubai’s hotel offering landscape into the growing midscale category. Another issue worth mentioning is the tourism-related taxes and fees – including the 5 percent value added tax (VAT), introduced by local authorities in 2018 – which may potentially hinder the competitiveness of Dubai and the UAE in general and the overall performance of hotels across the country in the long term. Indeed, in an effort to boost tourism and encourage investment, the Department of Culture and Tourism – Abu Dhabi (DCTA) has recently announced that the overall tourism and municipality fees for hotels in Abu Dhabi would be reduced from 10 percent to 5.5 percent (tourism fee down from 6 percent to 3.5 percent and municipality fee down from 4 percent to 2 percent.)” While there has been undeniable rate pressure across all the emirates in the past four years, occupancy levels have shown resilience in shifting market dynamics.

According to the latest statistics from the Dubai Tourism Commerce & Marketing (DTCM), Dubai welcomed 15.92 million overnight visitors in 2018, marking a new high, supported by momentum year-on-year (y-o-y) growth across its key source markets with Russia (+28 percent), China (+12 percent), France (+17 percent) and Germany (+12 percent) leading the way.
Looking at the historical trends of key hotel performance indicators, along with our analysis of supply and demand dynamics, major infrastructure and tourism-related developments, and geopolitical and economic shifts in the market, we can derive insights related to achieved occupancy, average daily rate (ADR) and revenue per available room (RevPAR) across Dubai, Abu Dhabi and the Northern Emirates.

Occupancy
Dubai, positioned as the undeniable international travel and tourism hub in the region, demonstrated the strongest occupancy performance in the UAE, attributable to the diversity of its demand generators targeting all market segments (FIT, leisure, corporate/commercial and MICE), which minimizes its seasonality, as well as its diversified and targeted dependence on multiple key source markets.

Occupancy levels have remained firmly in the high 70-percent levels for the past three years, with the government of Dubai implementing proactive policies to stimulate demand growth by relaxing UAE visa regulations for key source markets, such as Russia and China.

Due to its higher dependency on corporate demand, Abu Dhabi occupancy underperformed compared to the country average from 2010 to 2012, then recorded steady growth to reach 76 percent in 2015, before declining over the last three years. Since 2013, Abu Dhabi has overpenetrated the country average, on account of increased visitation from key source markets and a diversified tourism offering focused on family entertainment, business, arts and culture, and medical wellness.

Since 2014, both Abu Dhabi and Dubai have become internal competitors with the Northern Emirates, notably in the growing staycation segment.

The Northern Emirates have remained below the country average since 2014, due to the variance in maturity level of tourism infrastructure across these emirates, as well as the number of tourism arrivals; however a positive growth trend has been registered since 2016. It is worth noting that occupancy in Ras Al Khaimah (RAK) has been relatively strong and stable in the last three years and registered robust growth of 15 percent in 2018, following the successful implementation of a clear tourism vision to position the emirate as a leisure destination with a distinct offering focused on outdoor adventure and family leisure, and the development of a cluster of international resorts on Marjan Island.

ADR
Dubai achieved an ADR of USD 201 for the 10-year period 2009 to 2018, well above the UAE 10-year average ADR of USD 137, followed by Abu Dhabi (USD 165) and the Northern Emirates (USD 114). All three markets gave their strongest performance in 2008, due to the robust economic growth levels recorded before the global economic recession and financial crisis in 2009.

An upward trend in ADR was observed in Dubai from 2011 to 2014 with four consecutive years of growth, in contrast with a declining trend in Abu Dhabi and the Northern Emirates. Ras Al Khaimah remains today the top ADR performer among the Northern Emirates, driven by the successful execution of its tourism strategy and distinct resort offering on Marjan Island. RAK has also consistently outperformed Abu Dhabi in ADR performance over the last five years, except in 2017. It is also worth noting that Dubai benefitted exceptionally well from the Arab Spring in 2011, which led to a surge in GCC tourist arrivals, since Dubai was perceived as a safe haven holiday destination in the region, which helped it to achieve strong ADR growth over the same period.

While all three markets have been on a declining trend since 2014, Dubai rebounded in 2018, with 12 percent y-o-y growth in ADR, while the Northern Emirates’ ADR levels seem to have bottomed out.

RevPAR
The UAE 10-year average RevPAR was USD 97 during the 2009-2018 period. From 2013 and onwards, RevPAR has declined across all markets, due to several factors including, but not limited to, strong new hotel supply growth outpacing demand growth, resulting in rate pressure. Other contributors include the drop in oil prices, as well as the currency devaluation against the US dollar in key source markets which, in turn, has led to a shift in target markets and pricing sensitivity patterns.

After three years of decline, Dubai RevPAR recovered in 2018, with the strong rebound in ADR performance as occupancy levels remained stable. Abu Dhabi’s declining RevPAR trend in the last three years (-32 percent from 2015 to 2018) is due to hotel oversupply and limited demand growth, which has suppressed both occupancy and ADR levels in recent years.

HVS outlook
Our outlook suggests a positive growth trend in occupancy in the next five years, on the back of government-led tourism initiatives to further diversify and consolidate tourism offerings and the anticipated demand growth and spillover effects from the World Expo 2020. Abu Dhabi is expected to register 7 percent growth in occupancy in the next five years, benefiting from the expected increase in leisure demand across its key source markets, supported by the recent addition of world-class cultural institutions and leisure attractions, such as: the Louvre Abu Dhabi; the Qasr El Hosn heritage site; the Warner Bros. World Abu Dhabi theme park; and the future completion of the Saadiyat Cultural District project, which is set to position Abu Dhabi as a global cultural hub. As a result of Abu Dhabi’s repositioning as a leisure and cultural destination, coupled with upcoming development projects, the city is expected to register strong growth in RevPAR in the next 10 years. The Northern Emirates will develop their unique value proposition to differentiate their destination and tourism offering which will ultimately complement Abu Dhabi and Dubai. Occupancy levels are expected to stabilise in the next 5 to 10 years as a result of a post-World Expo 2020 market correction and a balance readjustment between supply and demand.

Average rates and RevPAR across all three markets are expected to increase in the next five to 10 years, with government-led initiatives further diversifying tourism offerings and building on the momentum of increase in the number of international tourist arrivals, along with the expected completion of major tourism developments, the upcoming World Expo 2020 event and the anticipated convergence and stabilisation of the gap between supply and demand growth.

In line with Dubai Tourism Vision 2022-2025, Dubai set another ambitious tourism strategy to attract over 25 million visitors by 2025. Given the latest figures published by DTCM, this target is likely to be achieved, with the support of strategic investments, innovative destination promotion programmes, proactive policy reforms in relation to entry visa regulations and long-term strategic partnerships with key source markets, which will ultimately contribute to a sustained and diversified growth in visitation over the long term.

HVS research methodology
HVS conducts an annual overview and analysis of the performance of the Middle East and North African market based on actual historical data collected from a comprehensive sample of over 680 branded hotels, representing approximately 170,000 rooms located in 42 major cities across 13 countries and operated by over 20 internationally and regionally recognized hotel operators. This extensive research lays the foundation for the HVS Annual Middle East Hotel Survey, which has been conducted and published by HVS over the last 15 years. HVS outlook relies on a set of growth assumptions based on extensive market intelligence, research and experience in terms of supply and demand historical trends and forecasted growth rates, taking into consideration factors such as macroeconomic indicators, new hotel supply pipeline and demand generators, such as large infrastructure and tourism developments, and government-led tourism policies. 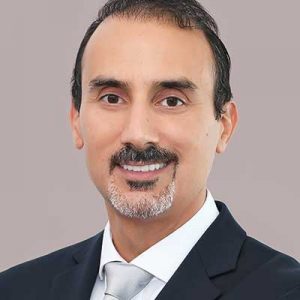