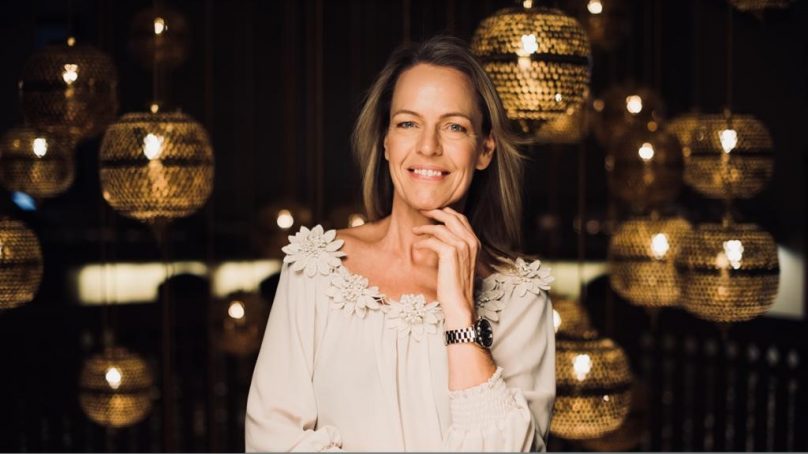 Dagmar Symes was the first female GM to serve at Lebanon’s iconic Phoenicia Hotel. Despite leaving in 2018, she has remained a staunch supporter of the country’s hospitality scene.

The Cedrus Libani, also known as the Cedar of God, is an emblem of pride for the Lebanese. This small Mediterranean country’s magnificent mountains transform into pearly white peaks in winter. Spending six years of my professional career in Lebanon’s luxury hospitality industry made me appreciate its fragile structure, intriguing personality, exorbitant joie de vivre and mesmerizing beauty and diversity, all of which have deeply engraved my soul.

With a colorful history dating back to ancient times — the Phoenicians being among the most influential civilizations to have inhabited Lebanon — this land is imbued with rich culture and traditions. It was known in the 60s and 70s as the Paris of the Middle East. The name resonates in the city of Beirut not only for its cultural vibes as a hub of creativity, art and fashion but also for the remnants of its status as a French colony during the Second World War.

More recently, Lebanon portrays a contradicting reflection compared to its heyday. The country’s political, social and financial crises since its independence are red threads in its history. A deeply rooted position in regional geopolitics together with a corrupt political system has completely hollowed out the country. Lebanon is currently going through its most turbulent period in modern history, a result of the October 17, 2019, revolution, political instability, economic collapse, Covid-19 and the massive explosion at Beirut Port. The horrific blast claimed hundreds of lives, injured and displaced thousands of people and destroyed major parts of the capital including Beirut’s most prestigious hotels and tourist landmarks.

My message to Lebanon is this: You will fight for what you deserve, because you deserve so much more than you have been given.

The once busy streets of bar hoppers and fashion addicts have been decimated. In absence of the competent government, citizens have been taking the lead to rebuild their city, their capital, their identity and their nation. This time the impact is different; it changed people’s mentality and stance towards the country’s future. While some might say that dusk has settled upon the land of the cedars, others believe the sun is just rising.

Lebanon, don’t let anyone dim your light, steal your identity or take away from you what you believe in and stand for. You are a land of eternal hope, a land of laughter and perseverance where contradiction is the daily bread. Lebanon is more than a country — it is a symbol of hope. It is the people who make the country what it is, with their generosity, genuine hospitality and friendliness, stepping up in face of challenges and embracing life.

Despite the recent discovery of oil and gas, tourism will always remain one of the country’s main lifelines. The hospitality and tourism sector is largely viewed as a beacon of strength and the biggest employer following the public sector. The once blooming restaurant scene is crumbling under the weight of the current crisis — increased costs of living, dollar shortage and lower purchasing power — yet there is this unremitting resolve to overcome this crisis. There are certain indicators of a solid belief that this small but proud country has certain international benefactors working behind the scenes. Luxury hotels and properties are currently in the process of being rebuilt.

Despite Covid-19’s impact on humanity as a whole, the pandemic may have an unlikely positive effect on travel. The shift from conventional holidays to more eco-friendly and sustainable trips provides a stimulating outlook for Lebanon, a country that possesses a large number of authentic villages and countless traditional lodging options.

Ultimately, solid political and economic reforms are the cornerstones to reviving our faith in Lebanon. Lebanon is a bubble of colorful dreams, a land of endless beauty and a place where inspiration can be found around every corner.

Until we meet again…