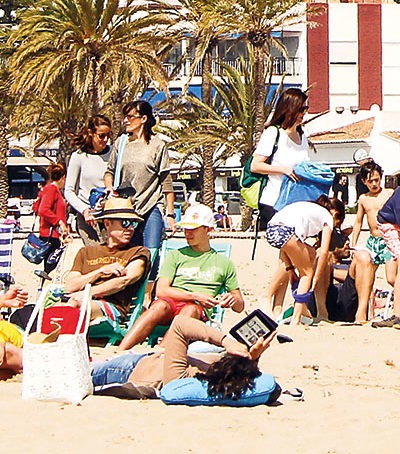 While visitors can access Lebanon’s seashore free of charge via its coastline, the beach getaway concept has been somewhat altered by the introduction and development of private clubs, where additional facilities, such as pools and restaurants, are made available to customers. Ralph Nader CEO of Amber Consulting tells us more

An evolving business
The first beach club to open in the Middle East was the Saint-Georges Yacht & Motor Club, which was launched in April 1936 in Minet El Hosn – Beirut by industry pioneer, Michel Nader.
A few beach clubs followed in the 1960s, such as Saint Simon and Riviera. Fast forward to the early 2000s, and significantly, beach clubs started to spring up outside of the capital, to the south and north of Beirut. Key players included Bamboo Bay in Jiyeh, Oceana in Rmeileh and Eddesands in Byblos, which remains the biggest beach club in Lebanon today. With competition heating up over the years, new beach clubs looked for innovative ways of attracting clientele, adopting clever strategies that included offering unique concepts and differentiating their services and facilities. As novelties and new temptations became the norm, followers were less likely to stay loyal to one outlet.
Diversification and growing numbers of new venues springing up along the Lebanese coast also weighed on beach club memberships, which have dipped in popularity since the turn of the millennium, due to a desire among curious customers to try out new outlets without committing to one particular place. Against this backdrop, beach cub owners face a tough battle to maintain inflows of visitors and revenues at an optimal level.

Choosing wisely
Developing a beach club concept requires serious studies and financial resources. Keeping in mind that the beach is the number one destination for outings during the sunny season, club owners need to create their concept meticulously, based on the niche clientele they want to target. With appetites and lifestyles changing, new beach clubs in Lebanon are shifting their focus from social classes and age groups to tastes and spending behaviors. One major trend currently in evidence is the draw of natural features and surroundings. Ô-Glacée, an open-air, hip beach lounge in Batroun, welcomes its guests with an ice-cold, natural pool, while offering simple and affordable services and products. Aside from these attractions, beach clubs in the area are also considered ideally located for water sports. Other concepts remain focused on luxurious services, targeting a niche clientele that wants to be pampered.

Beach resorts in Lebanon: a challenge
Benefiting from warm weather that extends from mid-April to late September, Lebanon is a draw for locals, tourists and expatriates in summer, many of whom flock to its richly varied coast that features both rocky and sandy shores, spanning south to north. In recent years, the country has enjoyed longer summers, leading to prolonged seasons for beach-related businesses. Lazy B, located in Jiyeh, opened its doors on April 1, 2018, significantly earlier than traditional opening dates, in a bid to attract customers keen to kick-start their summer sooner rather than later. However, the Lebanese still tend to restrict beach-going to between June and early September, despite warm spring-times and amazing Indian summers that can stretch from September to end-October.
These limited windows are among the challenges that beach club owners face in their struggle to generate profits. Owners traditionally counted on customers spending money on food and drinks, since F&B tended to generate more revenue than entrance fees. However, over the years, consumption behaviors have changed, with popular upselling items now a distant memory. Alcohol is a prime example; while it used to be a key revenue stream for the F&B segment, many customers have reduced their qualitative alcohol consumption at the beach, leading to a cutback in profit margins. Other factors affecting both pricing and profitability include high rents and related taxes.

Tough on the pocket
People seek out the beach to relax and enjoy the warmth of the sun. But what happens when kicking back by the sea is beyond budget? Costly entrance fees and F&B checks are two major issues at beach clubs in Lebanon, especially for families. Visitors will select a beach club based on a number of factors, including access to the sea and use of basic beach facilities, such as pools, which they expect, alongside estimated spending on food and drinks. However, some owners seem to forget that the higher the price, the lower the consumption, leading to reduced visitor inflow per season, even if other factors come into play, such as the popularity of a venue with children.

More support needed
In addition to facing high taxes, beach clubs also find their profitability affected by a lack of support from the public sector:
• Permits Obtaining construction and operational permits is a major struggle for owners, which leaves them having to navigate complicated procedures with various public institutions prior to gaining approvals.
• Subsidized Loans Subsidized loans have always been a challenge to secure and have also traditionally only been made available for new builds. Such loans were granted at rates of around 0 percent at the end of the 1990s, but rose to 3 percent in the early 2000s, before reaching 4.5 percent this year. However, owners of beach clubs already up and running, but seeking financial support for refurbishment, are often forced to explore alternative and expensive sources of funding or sell part of their property.
• More expenses A lack of reduced or subsidized electricity pricing and municipality taxes present further challenges. Moreover, insufficient sewage lines for the seashore can lead to additional treatment plant costs.
• Categorization Unlike hotels, beach clubs in Lebanon do not follow 2, 3, 4 or 5- star classification ratings, making it difficult for the public to gauge their standards and the services they offer.

Against the odds
Despite the market difficulties, some beach clubs, such as Kalani in Halat, La Siesta in Khaldeh and Mandaloun Beach in Dbayeh, are still standing tall, championing Lebanon’s efforts to regain its position of regional touristic summer hub. 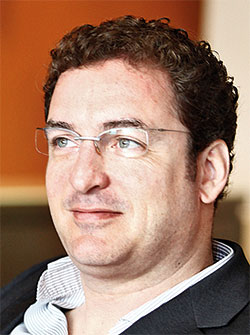 KSA: THE NEXT BIG THING

The Kingdom of Saudi Arabia has been working on the development of a new city, known as NEOM, that will span the northwestern coastline of the country, while also extending into territories in neighboring Jordan and Egypt. This Red Sea project will be governed by laws “on par with international standards”, setting out to provide an easy-going lifestyle, where activities that are traditionally forbidden in the Kingdom will be permitted. In a separate development, and as part of the country’s tourism plan, a project is underway to transform 50 islands into luxury resorts within natural surroundings, geared toward visitors from around the globe. Initial construction is expected to begin in the third quarter of 2019, with the first phase of completion targeted for the fourth quarter of 2022.

From chic and elite to cool and casual, Dubai has beach clubs to suit all tastes and budgets. Amongst its luxury options are:
• Cove Beach – Set on a stretch of Dubai’s golden sand, this venue offers guests comfortable daybeds or sofas, where they are treated to an upscale service and fancy food
• Nikki Beach – Part of the 5-star, Dubai lifestyle beachfront resort, this beach club features spectacular views of the breathtaking Dubai skyline, while offering a refined experience
• Nasimi Beach – Although best known as an after-dark party spot, this outlet is equally popular during the day, welcoming a strictly 21 years+ clientele
• Eden Beach Club – This club’s sleek pool area is surrounded by cabanas and white sun loungers, while showcasing an expansive dancefloor. By day, guests are pampered with the butler service, and by night, the beach club transforms into one of the wildest parties in town
When it comes to beach bashes, party lovers are spoilt for choice. Destinations include:
• Zero Gravity – A venue that has the edge when it comes to a day-to-night beach experience, offering watersports and beach activities, as well as live music. Visitors can obtain a voucher for food and drink with their beach pass or opt for a private cabana and grill their own lunch on the BBQ
• Blue Marlin Ibiza – With minimalist décor, this beach club is split into several sections that include a terrace, a dining area, a bar area and the beach itself
• Drai’s – An authentic Vegas experience, this day-to-night poolside partying venue offers upscale facilities in a luxurious VIP setting
Dubai’s long list of family-friendly beach resorts includes:
• Riva Beach – Where guests can enjoy unrivalled views of the crystal-clear water of the Arabian Gulf in a relaxed, vibrant and family-oriented environment, with a picturesque vista of Burj Al Arab
• Rixos The Palm – Promoting family bonding, this club offers guests the opportunity to relax in a cabana or chill out by the pool bar, while the little ones splash around
• Fairmont The Palm – Boasting four pools, including one dedicated to families, this beach resort has a picturesque view of the marina and a wide stretch of private beach
• Jumeirah Zabeel – Kids will love the large-scale children’s club available at Jumeirah Zabeel, while parents can soak up the luxurious ambience on a lounger
Add to Favorites
Amber Consulting23 Beach Clubs3 Dubai528 KSA260 Lebanon310 Red Sea Project2
Previous
Editor's Pick
Read more