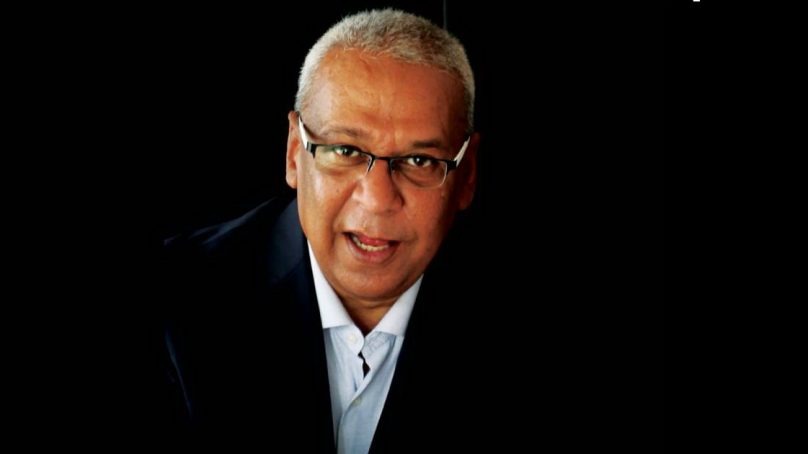 Up close and personal with “the chef whisperer” Flavel Monteiro

Flavel Monteiro, an award-winning author and publisher, explains how he is leaving his mark on the industry with his new book releases.

If you were to introduce yourself, what would you say?
Panna Munyal, lifestyle editor of The National, refers to me as “the chef whisperer,” while Mark Samson, director of content for The World’s 50 Best Restaurants and Bars, calls me “the loudest international champion of the Dubai restaurant scene – giving us a true taste of the restaurants as they are today.”
I entered the hospitality and F&B scene in 1991 and shifted to publishing in the late 90s, when I purchased a franchise to publish the Millionaire Magazine in Scandinavia, later publishing a Filipino magazine. It was in 2014 when I launched WG Magazine, which was designed to promote the top culinary experiences around the world.
Later, in 2018, I partnered with the Michelin-starred chef Alfredo Russo from Turin to launch EX.IT—Extraordinary Italian. From early 2000, I worked with several of the finest chefs in the world at events and created WG Magazine in 2015; it was all about defining dining opportunities and culinary experiences with chefs from around the world. Besides teaming up with some of the best chefs in the world, I collaborated and partnered on extraordinary events.
Since 2017, I have been bringing together renowned chefs to produce four-hands, six-hands, eight-hands, 48-hands and 50-hands dinners, as well as private dining events. At Expo 2020 Dubai, I curated events for 65 of the world’s finest Michelin-starred, 50 best and some of the finest chefs from Dubai, in addition to a private Cartier cocktail and canapé event for 700 guests. Ultimately, bringing chefs together is what I do best.

What are your most significant achievements to date?
There are quite a few, such as being awarded the 2021 Specialized Cookbook Publisher by Gourmand World Cookbook Awards, winning six awards by Gourmand World Cookbook Awards in 2021 and having the opportunity to curate the chefs’ table with the world’s finest chefs at the most exclusive venue at Expo 2020 Dubai. Furthermore, I purchases the first-ever Phygital NFT cookbook “Sacred Foods of India” by Vikas Khanna, and I plan to donate this book to help feed children.
However, the most significant achievement was hosting the longest-ever brunch 24/11 (24 chefs for 11 hours), with Michelin-starred chef Alfredo Russo at Vivaldi, Sheraton Creek. Full proceeds from the event went to the Al Jalila Foundation.

Have you published any books recently?
On January 25, 2022, I released “Back to our Roots: Recipes from the Holistic Kitchen” with Vikas Khanna at the Indian Pavilion at Expo 2020 Dubai. I then released “Rising Flavours: a Real Taste of Arabia” for Expo 2020 Dubai and “The Best of Dubai: Gastronomy” in February 2022.

What are you currently working on?
I’m working on a Japanese, Korean and Filipino street food concept, and I have two books in the pipeline. The first is about “khichdi,” the humble one-pot dish; it’s the ultimate celebration of food in India — the first solid food that a child in India eats and the oldest vegetarian meal. It will feature 40 to 50 Indian chefs from around the world who will give their take on this one-pot dish. The other project is an NFT book, which should also be released around early winter.

What’s your motto?
I’d say: 2019 changed me, 2020 broke me, 2021 opened my eyes and 2022 brought me back, so never forget the people who helped you, those who left you and the ones who tried to sabotage you. Live life to the full, don’t ever regret what you say or do and remember that people may not appreciate your frankness or honesty, but that doesn’t change the fact that what you say is true.

Kuwait: the slow road to recovery