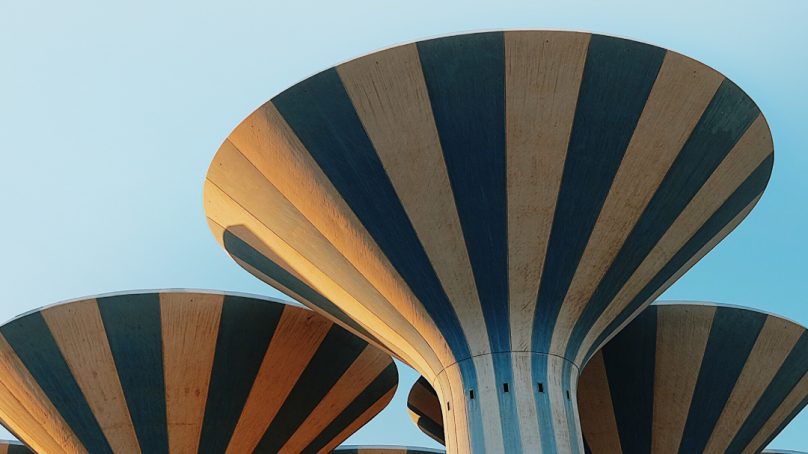 Kuwait: the slow road to recovery

With all eyes on summer 2022, Nada Alameddine, managing partner at Hodema consulting services, gives us the lowdown on Kuwait’s tourism status and the measures being taken to encourage travelers to return to the Gulf state.

This year should be a positive one for Kuwait. The Gulf country, in line with the OPEC+, has been increasing its oil production and has stepped up support to its non-oil sectors to catch up with pre-pandemic growth levels. According to World Bank data published in March 2022, the Kuwaiti economy is expected to increase by 5.3 percent this year and 3 percent next year, which would put the country on track to achieve its pre-covid growth by 2023, provided that current global inflation does not get in the way.
Oil represents around 50 percent of the country’s GDP, and its volatility in the last few years has hindered efforts to diversify the economy. The focus of Kuwait’s “Vision 2035” development program is to transform the country into a financial and trade hub, as well as develop its tourism sector, to reach sustainable economic growth. Its first major step toward this aim was the implementation of the Shagaya Renewable Energy Park, with its third phase currently underway.
Travel and tourism’s contribution to GDP, last published in 2019, was 6.1 percent. The number of arrivals for holiday and leisure dropped from 41,000 in 2019 to 27,000 in 2020, according to the UNWTO, and spending by foreign and local tourists drastically fell. The hotel occupancy rate consequently declined by 4 percent in Q3 2019 and continued on a downward spiral, falling by 44 percent in Q3 2020. The World Travel and Tourism Council revealed that the sector’s contribution to employment decreased by around 21.5 percent, with close to 28,600 people losing their jobs. Indeed, the sector’s losses globally amounted to USD 4.5 trillion.

Reopening the door to visitors
To step up the pace, the Kuwait Touristic Enterprises (a unit of the Gulf country’s Kuwait Investment Authority sovereign wealth fund) announced an increase of its capital by 250 million dinars – or USD 831.39 million – reaching 300 million dinars by the end of 2021. The funds will be used for 95 initiatives and projects that aim to “bring back the golden age of tourism,” according to authorities.

Another positive sign was the announcement in late April 2021 that visitors entering Kuwait would no longer have to take a PCR test or show proof of vaccination. Furthermore, face masks are no longer mandatory and a Covid-19 vaccine is not required to enter stadiums. More good news has been announced for GCC citizens, who can, once again, enter Kuwait with their national smart IDs. The easing of coronavirus-related restrictions is a breath of fresh air for the hospitality industry, with hotel occupancy rates expected to pick up. Colliers International assesses that they are likely to reach 31 percent this year in Kuwait City alone. Indeed, new players are arriving, such as Waldorf Astoria, which is set to open its Kuwait branch in Avenues Mall in 2022.

Projects in the pipeline
Official support for the tourism sector had already begun before the pandemic with the billion-dollar development project “Kuwait National Cultural District.” Created around three hubs, it celebrates arts and culture, and is one of the largest investments of its kind in the world. The first hub is the Al Salam Palace and Sheikh Jaber Al-Ahmad Cultural Centre. The latter is the largest opera house in the Middle East. The second hub is the 13-hectare Sheikh Abdullah Al-Salem Cultural Centre — the world’s largest exhibition center — while the third hub is Al Shaheed Park Museums, comprising the Habitat Museum and Remembrance Museum. The KNCD has been attracting thousands of visitors since 2018.
Regional tourists are also familiar with the “Hala Febrayer” festival, held annually in February. Having been canceled due to the pandemic, the festival should witness a comeback in 2023.
Another attraction for locals and foreigners is the Sabah Al Ahmad Sea City, built around canals and an artificial shoreline. Opened in 2004, it features man-made marine habitats that host fish and shellfish.
Other projects are also underway. The Kuwait Touristic Enterprises is overviewing the development of the Gas Al-Ard club site which will offer sports facilities, a large swimming pool and restaurants. Messilah Beach, set to open in the capital in 2023, will feature a water park for children, restaurants, shops and cafes.

The takeaway
However, some are still worried about the pace of the recovery. In March 2022, the head of the Kuwaiti Federation of Restaurants, Cafés and Catering Services, Fahd Al-Arbash, said that the sector is still ailing from the pandemic, with restaurants and cafe owners buckling under the weight of accumulated loans. Inflation, which increases the cost of goods — especially imported ones — is also of great concern. F&B owners are asking for financial support from the state. It remains to be seen how quickly Kuwait can bounce back.

Up close and personal with “the chef whisperer” Flavel Monteiro

Getting to know: Alfred Najm, GM of Hotel Albergo, Beirut