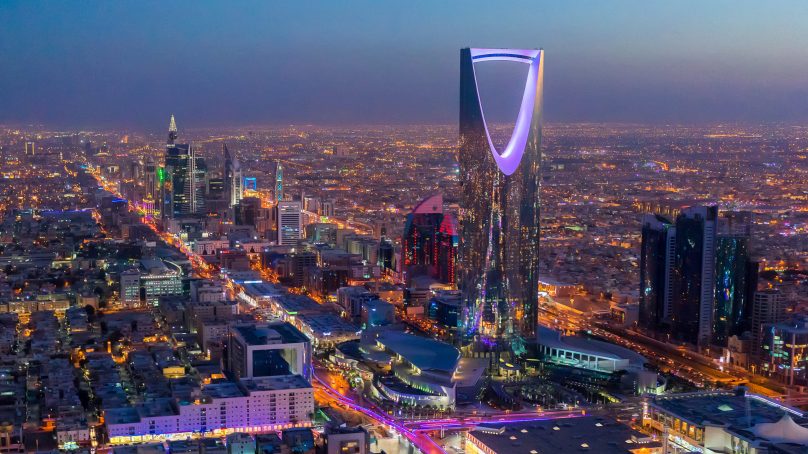 KSA in the spotlight

With an ambitious series of hospitality projects in the works, the Kingdom of Saudi Arabia is working relentlessly to meet its Vision 2030 goals, as Nada Alameddine, managing partner at Hodema consulting services, explains.

Five years into the Vision 2030 plan, Saudi Arabia still has a lot to achieve to reduce its dependence on oil. It started on a good note back in 2016, with the announcement of investments in the tourism industry worth over USD 810 billion to create a new hospitality landscape from scratch. The USD 500 billion mega-development Neom (a futuristic sustainable city), Riyadh’s entertainment destination Qiddiyah, Amaala, also called the Saudi Riviera — which could offer up to 2,500 luxury hotel rooms — and the leisure complexes planned on dozens of Red Sea islands are just a few of the projects in the pipeline. To fill these giant resorts with customers, the once-reclusive kingdom started issuing tourist visas in 2019 while relaxing other travel procedures. This move indicated a major shift in KSA’s tourism policy and signaled its willingness to open its borders to international tourists. All these new leisure options were also aimed at retaining domestic visitors, many of whom are used to holidaying in the neighboring UAE.
Improvements were also announced in favor of religious tourism, which for many years was the sole income of the industry. Better infrastructure and more hospitality options were planned to improve the reception of the thousands of pilgrims flocking to the kingdom every year. The plan was to make tourism contribute 10 percent of the GDP and reach 100 million visitors by 2030. Religious visas have even been made convertible into non-religious tourist visas to encourage people to visit the kingdom’s new touristic hot spots.

A dry spell
A few months later, the pandemic hit the region and dealt a heavy blow to Riyadh’s expansion plans. Gearing up for better days, the authorities hired ex-World Travel and Tourism Council CEO and president Gloria Guevara Manzo as chief special advisor to restart the expansion scheme last May. Over the summer, the country started reopening gradually, loosening restrictions and welcoming vaccinated visitors from August 1. Then in October, Makkah’s Grand Mosque was allowed to receive 100,000 vaccinated worshippers and pilgrims for the first time since the pandemic. The Ministry of Hajj and Umrah announced recently that it had issued 30 million permits for Umrah pilgrims from home and abroad, and visitors and worshippers to the Grand Mosque since October 2020.

Giga-projects
With normal life slowly resuming, the hospitality sector is expected to witness noticeable growth in the coming year. Authorities are speeding up completion plans for the various construction sites currently in progress. They have recently announced the finalization of the capital’s Western Ring Road diversion, which paves the way for the USD 50 billion Diriyah Gate Development giga-project. A mud city, mimicking the Nadji style, is set to see the light of day and will promote the nearby UNESCO World Heritage site of At-Turaif.
Furthermore, the world-famous site of Al-Ula is expected to attract thousands of visitors this year.
Making visas easier to obtain opens KSA’s doors to all types of tourists from all corners of the globe, with more diverse profiles than the usual mix of wealthy locals and thrifty pilgrims. To cater to everyone’s needs, the hospitality industry had to think of resorts that offered both luxurious and more affordable options. Even though the giga-projects are still in their development stages, many smaller hotels are about to be completed. To increase the flow of visitors, Saudi authorities have just partnered with Trillophilia, India’s largest booking platform for travels.

Some projects have tongues wagging. The Public Investment Fund, the kingdom’s sovereign wealth fund, just unveiled The Rig, claiming to be the world’s first hospitality project on offshore platforms. Three hotels, restaurants, helipads and a range of adventurous activities, including extreme sports, will be offered off the coast.

On a separate note, the Desert Rock project is also a little different from the standard high-end hotels we normally see in the region. Initiated by The Red Sea Development Company (TRSDC), the luxurious mountain resort will allow residents to connect with nature and preserve their environment. Set in the wadi vistas in the western part of the country, the 48 villas and 12 hotel rooms have been designed to blend into the landscape, some even excavated from the rocks. Water retention systems will also be put in place. Glamping was also introduced on the Al-Ula site, with Wi-Fi and a swimming pool.

In urban areas, developers are imagining mixed-use projects which will enable visitors and residents to stroll and meet in common areas. In Jeddah, the lifestyle hub City Yard has opened in the city’s commercial area of Al-Rawdah. Upscale restaurants, cafes, community events and business networking are all designed to mingle in one place.

The rise of homegrown concepts
Mid- to high-end international franchises have surprisingly continued to open despite the restrictions, highlighting locals’ appetite to experience new concepts and taste foreign cuisines. All the main international trends can be found in the kingdom, which shows how connected Saudis are to the outside world. Meanwhile, with authorities placing emphasis on heritage and local culture, home-grown concepts such as Overdose, Lusin, Shababik, Bafarat, Aani & Dani, Al Baik and Section B are also on the rise. Originally supported by a Saudi clientele, these local brands are now growing thanks to international visitors. This boom in touristic infrastructure has created thousands of new jobs across the country and will continue to do so in the coming years.

In the meantime, the popular festival Riyadh Seasons — 10 other festivals are also organized elsewhere in the country — attracts thousands for art, food and entertainment. The festivities, held from October to March 2022, include more than 100 events. Around 20 million visitors are thus expected during the winter.

The outlook
So with the world coming back to life, visitors returning to Saudi Arabia and workers back on construction sites, the Vision 2030 scheme for tourism could catch up on lost time. But it’s still hard to tell if all the country’s expensive gigaprojects will be met with enough demand. At this year’s Arabian Travel Market, John Pagano, the head of the Red Sea Development Company who also oversees the Amaala project, said that the island site will limit the number of visitors to one million per year.

Which villages in MENA made it onto the UNWTO Best Tourism list?