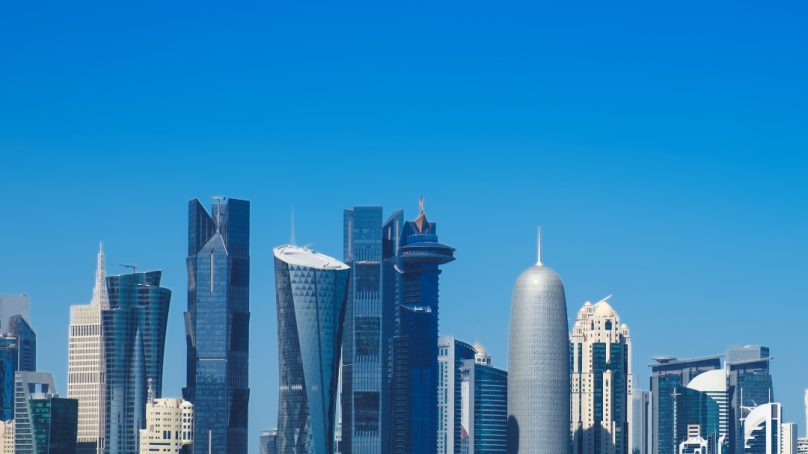 The Return Of Qatar

Like the rest of the world, Qatar took unprecedented measures to stop the spread of the coronavirus, imposing strict quarantines and closing all but essential businesses. Nada Alameddine, managing partner at Hodema consulting services, examines how the country’s tourism sector is bouncing back after an extremely complicated year.

There were many lows in 2020; most countries saw their revenues plummet and their businesses suffer from a slow and painful pandemic-induced death. Although the world is still plagued by crises, the outlook appears brighter, with economies picking up as a result of vaccine rollouts and the gradual lifting of restrictions.

2021: the rebound year
Although the country is known to be among the richest per capita, Qatar’s GDP still shrunk the most it has done for three decades. A year on, authorities are trying to reenergize the battered economy and benefit from the global rebound. The Qatar National Vision 2030 plan, launched in 2018, had already initiated a move to diversify the economy toward non-oil sectors. The move proved rewarding, with official data from the Planning and Statistics Authority showing that on a quarterly basis, growth in transport (+12.9 percent), hospitality and food services (+17.6 percent), trade (+7.7 percent), manufacturing (+5.6 percent) and finance (+4.3 percent) helped limit the fall during Q4 2020, which was led by weaker hydrocarbons and the sharp drop in utilities (-23.7 percent). On a yearly basis, real GDP fell by 3.9 percent in Q4, which limited the losses. The IMF thus forecasts that the country’s growth this year will fare better than the 4.7 percent predicted for the region.

The current recovery in energy prices is also allowing Qatar to bolster its ailing finances, and the government is considering tapping into the dollar bond market. According to Fitch Ratings Ltd., Qatar Petroleum is seeking as much as USD 10 billion to increase its capacity to export liquefied natural gas with the North Field project.

The country is currently the world’s leading exporter. Its early vaccine rollout is also giving a major boost to businesses. Another factor explaining Qatar’s rosier outlook is its politics; the country has been working hard on its diplomacy to end the years-long feud in the Gulf and build bridges with its neighbors. The 43-month blockade imposed on Qatar by Arab monarchies, which ended in January 2021, has hit the country hard and pushed authorities to reinforce self-sufficiency by diversifying the economy. Before the rift, tourism from within the GCC contributed to almost 50 percent of all arrivals. The end of the embargo meant a breath of fresh air, with foreign funds reaching Qatar. This was followed by the recent rise in oil prices, which is a further positive development. Qatar is also introducing VAT this year, an agreement jointly signed in 2016 with other GGC members, which will translate into extra liquidities. All of these factors could help eke out fiscal surpluses in 2021, says Fitch Ratings, as fiscal deficits elsewhere in the region will remain high. The boycott also forced the government to support new businesses. Its resilience could be a lifesaving asset to survive the Covid-19 era. International investors are coming back to Qatar, seeing the geopolitical stabilization as a positive signal.

Gearing up for football
The removal of the blockade also allowed travelers to move freely across the region again. This has been to Qatar’s great relief, as it is gearing up to host the World Cup in 2022. The construction, transport and hospitality sectors are already benefiting from the global sport event (although quite controversial) and the end of the regional crisis. The government is moving heaven and earth to attract visitors, even pushing for vaccination programs for all attendees and turning hotels into quarantine centers. It has even declared the event “carbon-neutral,” with new cooling systems, electric buses and even reusable stadiums that can later be donated to other countries. Before the pandemic, Qatar hosted about 80 sporting events and world-class competitions every year. But banking on sports events — some with spectators — as the coronavirus still rages on is a bold move; Qatar is building multi-million dollar venues, luxury hotels and new roads to get ready to host several major events in the coming months. The country made history as the first Middle Eastern country to host the World Championships in Athletics (2019), the World Corporate Games (2019) and will soon be the region’s first to welcome the FIFA World Cup (2022) and the FINA World Swimming Championships (2023).

Expanding air and sea travels More visitors means more transportation. The Hamad International Airport is currently being extended, and there are plans to manage a capacity of 58 million passengers by 2022. The airport is increasing additional aircraft parking spaces and renovating the old airport, which is located five kilometers away. With a small population, the country was betting on Qatar Airways’ transit passengers going on mini-breaks to support its hotel sector before it all stopped. A USD 547 million redevelopment project is also set to transform Hamad Port to support cruise tourism by adding a permanent terminal and increasing capacity to allow two megaships at once. The sector hopes to attract 500,000 cruise tourists by 2026. But the current situation is less rosy, with travel restrictions keeping international visitors out and preventing foreign workers from prepping ahead of the football event.
The five-year plan “Qatar National Tourism Sector Strategy 2030” is an overview of all the projects aimed at attracting more regional and international visitors, as 88 countries are currently able to enter Qatar without a visa and free of charge. And the country is extending a hand to foreign investors as well. The “Investment Promotions Unit” puts international financiers in touch with local authorities, while a new electronic licensing system speeds up the licensing process of tourism businesses.

The plague of oversupply
As expected, the pandemic hit hotels’ occupancy rates and revenues negatively, with lockdown measures severely impacting their performances. The crisis, which started with the blockade, was further aggravated by an oversupply of hotel rooms created by a glut of new properties aimed at satisfying the projected Word Cup demand for accommodation as well as helping to attain the Qatar National Tourism sector strategy objective of 5.6 million tourists by 2023. The initial goal was to reach 84,000 rooms by 2022 (from 28,000 in 2019); it has now gone down to 45,000, mostly in high-end establishments. Many new projects were delayed in 2020, which could result in a sharp rise in supply this year. The weakest businesses are thus in the hot seat and the stronger ones are relying on their F&B offering to stay afloat. Some of the peninsula’s traditional fixtures, such as the Sealine Beach Resort (operating since 1995), stand alongside fresh faces, including the Hilton Salwa Beach Resort & Villas and the Zulal Wellness Resort. But the talk of the town is undoubtedly the Turkish HAADS firm’s floating circular hotel, which is designed to rotate and generate its own electricity thanks to a hydro-generator. As the country is moving toward more climate friendly investments, the hotel is conceived to reduce its carbon footprint and generate no waste. There will be 55 vertical wind turbines, the roof will collect rainwater and food waste will be turned into fertilizer. A total of 15 similar projects are also planned in the coming months.

When hotels become dining destinations
On the F&B front, many new projects are being developed within larger hotel complexes, with an average of three outlets per hotel. Stadiums and metro stations will also host cafes, kiosks and quick service restaurants. According to Middle East Credit Rating Agency (MERatings), the World Cup could give a boost of USD 1.7 billion to the sector. Furthermore, the fine-dining segment has not been forgotten, with an expected growth of USD 0.4 billion by 2026, up from USD 185 million in 2016.

Luxury on the horizon in KSA