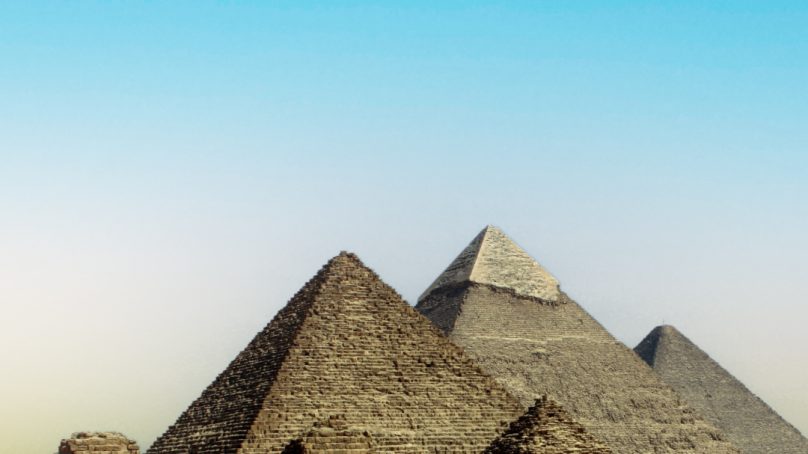 Back to the land of the pharaohs

Egypt appears to be getting back on its feet after years of economic turmoil and social unrest, intensified by the pandemic. Nada Alameddine, managing partner at Hodema consulting services, shares her insights on tourism recovery and what the regional power of North Africa is likely to witness in terms of foreign arrivals in 2022 and beyond.

According to the World Bank, Egypt’s GDP stood at USD 363.10 billion in 2020, up from USD 303.1 in 2019. The international financial institution seems confident that the Egyptian economy is in recovery mode, as it raised its growth forecast for 2022 to 6.1 percent, up from 5.9 percent in April. The projection for 2023 is 4.8 percent, with the deflation of the recovery bubble, followed by stabilization at 5 percent in 2024. These positive economic signs could, however, be affected by soaring global inflation, which has hit oil-importing nations in particular.

Incentives
Being the world’s largest importer of wheat, with nearly 80 percent of its cereal coming from abroad, Egypt has also been negatively impacted by the war between Russia and Ukraine. To limit the damage, the World Bank has just announced USD 500 million in development funds to boost food security and support the country’s wheat production and storage capacity.
On June 23, 2022, the Central Bank decided to hold its lending rate steady at 12.25 percent and its deposit rate at 11.25 percent for the next six months to back the private sector. But the Egyptian economy is hard to navigate, especially in times of crisis, as nearly 50 percent of the workforce earns its living in the informal sector. This accounts for 30 percent of the country’s GDP, according to the Minister of Planning Hala El-Saed. She said that the government had allocated EGP 130 billion pounds to mitigate the effect of the soaring crisis on citizens and made significant announcements concerning wages; the additional monthly incentive for state workers will go up, as well as the salaries of workers in the private sector, with a minimum wage of EGP 2,400.

Tourism
The tourism sector, which represents 15 percent of the country’s gross domestic product, has not been spared by the looming threat of a crisis. In 2021, Egypt generated USD 13 billion in tourism revenues, returning to pre-pandemic levels, according to data from the Ministry of Tourism. Several high-profile events, such as the Golden Parade in April and the opening of the Avenue of the Sphinxes in Luxor in November, also attracted scores of visitors.
However, just as tourism was showing signs of post-pandemic recovery, the war in Ukraine dealt a new blow to the industry. According to data from the Ministry of Tourism, Russia and Ukraine accounted for up to 40 percent of inbound travelers, many of whom would stay at resorts along the Red Sea. The number of holidaymakers from Russia saw an increase from July 2021, as Moscow lifted a six-year ban on charter flights following the deadly crash of a passenger plane over the Sinai Peninsula in 2015. Visitors from Western Europe also reconsidered travel plans, as political tensions started heating up. Nevertheless, authorities in Cairo have not been forthcoming in giving up this important Eastern European market. Indeed, they recently announced extra flights from Russia and are looking into the use of the Russian payment system MIR at Red Sea hotels, as Russians have been cut off by US payment card firms Visa and Mastercard. In the region, Turkey has already put into effect the system created in 2014 and the UAE is in the process of implementing it.
Surging inflation is another concern, as plane tickets should increase in the coming months and hefty oil bills could hit the hospitality sector. In the meantime, Egyptian tourism professionals are pulling out all the stops with campaigns and videos — “Egypt: from here the journey begins” — promoting the country. These ads are targeting the Gulf and other Eastern European countries, such as Poland (direct flights from Warsaw resumed in May 2022) and the Czech Republic. British travelers may also return, as The Daily Mail, a daily tabloid, recently selected Egypt as one of the best tourist destinations for spring/ summer 2022.

The Red Sea
Although most foreign visitors choose all inclusive packages when it comes to the Red Sea resorts, Egyptian tourism should not be limited to cocktails on a beach. The history-rich country has been attracting lovers of archaeology for hundreds of years, although they don’t make up the largest portion of the industry’s income. However, a recent wave of discoveries and museum openings, as well as numerous high-profile exhibitions dedicated to Ancient Egypt in Western countries, should boost this activity. With this in mind, the Ministry of Tourism and Antiquities has halved ticket prices for Egyptians and foreigners visiting archaeological sites and museums in northern Egypt (June to August 2022).

Hotel occupancy
On the hospitality side, the country is doing well. Occupancy rates increased by 106 percent in Cairo in the first quarter of 2022, by 46 percent in Sharm El Sheikh and by 84 percent in Hurghada, according to the Information and Decision Support Centre. And there’s plenty in the pipeline; a survey released in June 2022 by the W Hospitality Group, in association with the Africa Hospitality Investment Forum, revealed that Egypt has the largest percentage of hotel-chain development projects on the continent for 2022. Indeed, 85 hotels and more than 21,000 new rooms are on the agenda, with most of them still in the planning stage. This marks an increase of 20 percent compared to 2021.

Hospitality resurgence in the UAE post-Covid-19

What’s on the table with Glee Hospitality Solutions