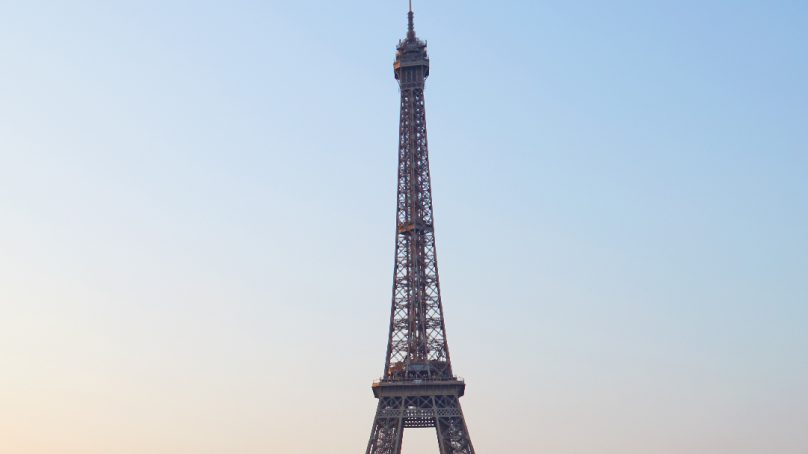 The Paris connection: Lebanese concepts in the French capital

The economic crisis in Lebanon has forced many Lebanese restaurateurs to chase new opportunities for their brands abroad, away from soaring inflation rates and political instability. Nagi Morkos, founding and managing partner at Hodema consulting services, tells us more about the Lebanese concepts that have made their way to the French capital.

Like London, Paris is a destination in Western Europe favored by Lebanese entrepreneurs looking to expand their businesses. Benefiting from strong ties and cultural connections with Lebanon, France has always welcomed the Lebanese, whereby the expat community in the French capital is thriving.

New faces on the block
In recent months, the number of Lebanese concepts in Paris has flourished.

Bachir Ice Cream: One of the first to take the plunge was Bachir, the famous ice-cream parlor, which opened its Parisian doors in 2016. At Bachir’s two branches, near Pompidou and in Montmartre, customers wait in line for organic milk and pistachio ice cream.

Tawlet Paris: Tawlet Beirut’s founder, Kamal Mouzawak — who also created the producers’ market Souk El Tayeb — realized his Parisian vision in January 2022, opening Tawlet Paris on Rue de la Fontaine au Roi. The eatery has put traditional Lebanese home cooking in the spotlight, celebrating Lebanese culture and traditions while empowering female cooks to showcase their skills and regional specialties.
“Our concept is from Lebanon, and not Lebanese,” says Mouzawak. “Lebanese restaurants in Paris can sometimes be associated with low-quality mezzes. We are different; we do homemade cuisine, not typical restaurant cuisine.”
The idea to open a French branch had been on Mouzawak’s mind for a while, but he admits that the situation in Lebanon speeded up the process. The colorful and flavorful buffet unveils authentic mouloukhiye, frikke, moujadara, daoud basha, and so on. The eatery also features a small grocery shop, or epicerie, offering typical products made in Lebanon, such as jams and sauces, as well as items made on site in partnership with French producers. “Our spice mixes are made with the famous Maison Roellinger, and our labne with La Laiterie de Paris,” Mouzawak adds. But it’s not exclusively about food. “Our social and environmental commitment is what matters most,” says Mouzawak. “Five women will run the kitchen, half of them having fled the crisis in Lebanon in recent months. One week per month, a cook will come from a different region in Lebanon to showcase her local recipes, and a special guest will take control of the stoves one day per month.” If the Parisian version of Tawlet proves successful, Mouzawak is thinking of exporting his family dishes to other cities in France and parts of Europe.

Upcoming restaurants projects
Laymoon: A Levantine concept co-owned by Par Contre, owner of Brgr Co., Deli Co., Pzza Co. and Ummi, and Chef Reem Azoury will make the move to Paris in 2022. “We think that Paris is ready for this Levantine concept,” explains Karim Chebaklo, CEO and partner of Par Contre.

Em Sherif: The renowned restaurant Em Sherif has already taken the plunge by opening this year in Monaco. Another branch is planned for Paris sometime soon.

Kebbe concept by Marc Naaman: Not all Lebanese restaurateurs decide to bring primarily local flavors in their suitcases. Marc Naaman, former owner of Bergerac, a French restaurant in Beirut, made the trip to Paris last year and decided to free himself from the traditional Lebanese label by venturing into more experimental territory. He came up with a concept of all things kebbe. “Although kebbe is originally a Lebanese recipe, we only kept the bulgur wheat part. The idea is to offer different types of kebbe: with tomatoes, mushrooms, duck, fish, and so on. Even Brazilians have their own local version of the kebbe!” says Naaman. Located at 3 Rue de Turenne in the La Marais area, Naaman’s kebbe restaurant will open by the end of February 2022, with takeaway service following thereafter.

Lebanese products on supermarket shelves
Since fall 2021, five of the main Lebanese brands have seen their products reach the shelves of French supermarket giant Carrefour. Al-Rabih (Sonaco), Al Wadi Al Akhdar (Obegi), Mechaalany, Najjar and Terroirs du Liban (Fair Trade Lebanon) have all secured a deal to be part of a Lebanese corner in several supermarkets around Paris. Al Wadi Al Akhdar was already distributed in France, but this new deal gives millions of people access to Lebanese flavors, providing a breath of fresh air to the asphyxiated Lebanese food-processing industry.

Esco-bar a Lebanese legacy beyond borders