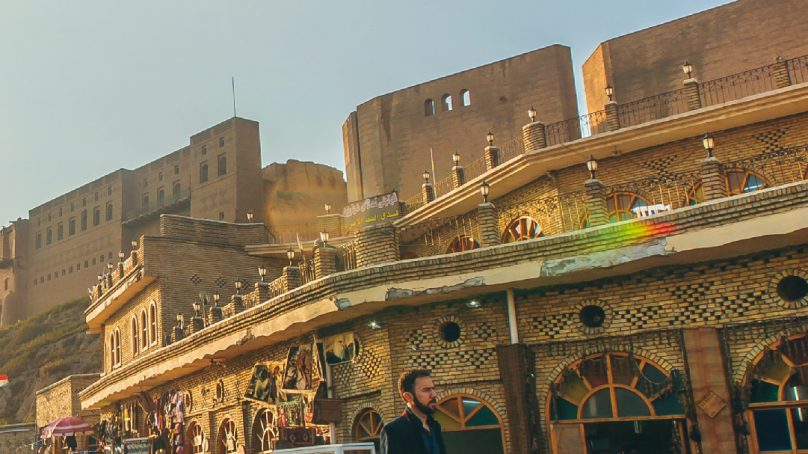 Despite its troubled past, Iraq is showing promising signs of tourism development that extend beyond religious travel. Nada Alameddine, managing partner at Hodema consulting services, leads us through the oil-rich country and pinpoints cities that are experiencing growth in their hospitality offering.

Like the rest of the world, Iraq’s economy suffered significantly as a result of the pandemic, and its GDP dropped from 6.5 percent in 2019 to -4.7 percent in 2020. Although official data has not yet been published for 2021, GDP was forecast at a positive 7.2 percent.

The country’s economy is one of the most oil dependent in the world, and the oil crisis in 2020 deepened the pandemic’s negative effect on the job market. The rate of employment surged and remains high, despite better prospects. According to the World Bank, in the first half of 2021 (H1-21), GDP grew by 0.9 percent year-on-year. The non-oil economy grew by over 21 percent in H1-21 thanks to the services sectors. This recovery outpaced the slowdown in the oil sector as Iraq adjusted to the OPEC quotas.

Reopening Iraq’s doors
When it comes to tourism, Iraq has long been a favored destination for religious tourism. Its holy cities of Karbala and Najaf attract thousands of pilgrims each year, mainly from neighboring countries. But despite its rich heritage and numerous sites of interest, the country has not ranked high on the list of travel destinations for Western tourists since Agatha Christie wrote “They came to Baghdad” and “Murder in Mesopotamia” in the 1950s. A tumultuous political past has deterred many visitors from discovering Iraq’s archaeological riches.

Tourism contributions
Tourism’s share of GDP has never exceeded 10 percent. It reached its highest in recent years in 2015, at 8.4 percent of the GDP, according to the World Travel & Tourism Council, but this dropped to 2.98 percent in 2019 due to conflict, insecurity and political instability.
Despite the negative impact of the pandemic, 2021 was a brighter year for the sector. Iraq’s Civil Aviation Authority registered 4,908,797 foreign visitors, a 145 percent increase on the 2020 figure. This positive shift is largely due to a change in visa policy, as the government decided to grant visas on arrival to several countries, such as the U.S, the U.K., EU countries, as well as Japan, South Korea, Canada, Australia, New Zealand and Switzerland. Previously, foreigners had to apply for a visa before traveling, which could take months and be very costly. Authorities even required a government-approved guide in some areas.
The Pope’s visit in March 2021 also put Iraq back on the map, while in September, Iraq and Iran signed an agreement to facilitate tourism between the two countries, as pilgrims account for the largest category of foreign visitors in Iraq. If we take a look at where these close-to 5 million visitors went, we can see that 2 million landed in Baghdad and 1.3 million in Erbil, Kurdistan’s regional capital. The remainder entered Iraq via Sulaimaniyah, Najaf and Basra. Baghdad, although not a touristic destination, secures a large number of business travelers, diplomats and NGO workers.

Erbil
Erbil is an attractive destination for business and leisure travelers. For many years it was considered the most stable area in an unstable country. According to the local tourism board, four million people visited the region in 2021. Most visitors came from other parts of Iraq, with bus lines connecting cities under federal control. Tourism has been booming in Kurdistan in the last few years, as the region is still considered the country’s safest and has the coolest weather during the hot summer months.

Baghdad
Back in the capital Baghdad, authorities are rolling up their sleeves to support the sector. They are reviving a plan to create a land pilgrim route to link the holy city of Najaf to Al-Madinah Al-Munawwarah in Saudi Arabia. The work, which had started in 2013 but halted, finally resumed this year. The move coincides with the opening of the Arar border, shared by the two countries, in an effort to ease tense diplomatic relations. The new route will attract a greater number of religious tourists to the area and make Najaf more accessible to pilgrims from the region. The only itinerary is currently the Zubaydah trail, located on the other side of the border, which pilgrims from Iraq and neighboring countries used to take to Mecca in Saudi Arabia. It dates back to the Abbasid rule in 786.

Earlier this year, Iraq signed an MoU with Pakistan to facilitate touristic links between the two countries. And it doesn’t stop there. The country has also recently benefited from unexpected promotion, as the restrictions eased. Iraq is being put back on the touristic map by vloggers (YouTubers and influencers), who have started coming into the country and documenting their adventures. And a young generation of locals is working to advertise their culture to foreigners as well. “Iraqi Travelers Cafe” is a popular Facebook group helping visitors to navigate the country, and “Visit Mosul” is trying to make tourists forget about the city’s recent dark days. The swift reconstruction and investment in the Al-Gharbaat district has put Mosul forward, as well as its mild weather. It’s now even challenging Kurdistan – which has been the beneficiary of most domestic tourism – for a share of the cake. All these moves are seen as positive signs by many investors, who are also watching the coming months and their post-electoral challenges very closely.

The rise of new F&B concepts
On the F&B front, the situation is getting better as well. Iraqis are back in cafes and restaurants and hungry for new concepts. The Kuwaiti delivery app Talabat has started operating in the main cities last year. And although it remains difficult to franchise international brands, Lebanese brands have managed to sell franchises, such as Noura and Ahwak. Some investors are bypassing the problem by replicating famous flagships, such as Starbucks or Central Perk.Baghdad currently has the highest pace of development, with many concepts coming from Turkey and Kuwait. The Green Zone – which boasts residents with the highest living standards – is witnessing the arrival of mid- to high-end concepts, such as Ziyouna area, Mansour and Karad. Low-end establishments are common in the rest of the city.
Erbil is a different story. The city has been welcoming foreigners for a long time and thus new hotel, cafe and restaurant concepts have sprung up, mainly near the airport and Ankawa. But recently, development has reached a new level, with the construction of the English Village, Empire World and Dream City. The latter aims to look like The Palm Dubai, with developed business models and franchise concepts like Blacktap. These new F&B hot spots are slowly driving people away from malls — a favored destination.
In Mosul, the talk of the town is the White Fox, where customers come from all across the region to have their food served by robots.

Investing in Egypt: the right way to go about it

Boutique hotels and guesthouses: swimming against the current