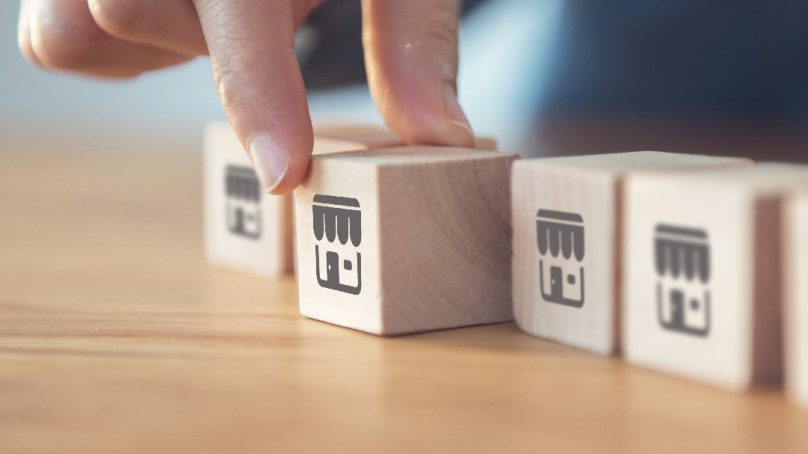 The concept of franchising has, for the most part, performed positively in spite of lockdowns, supply issues and other factors. Abdul Kader Saadi, managing director of Glee Hospitality, puts multi-unit franchising in the spotlight.

Operating in the reality of a post-Covid-19 environment has created several paradigm shifts for the F&B industry as a whole. While numerous operators may have struggled and buckled under the socioeconomic pressures that resulted from the pandemic, some strategies have continued to work well.
In the spirit of building brand strength, franchisors have continued to fuel their brand growth by shifting to multi-unit franchise deals.
Single-unit versus multi-unit franchising
Despite the multi-unit model possessing several similar characteristics to the single-unit franchise, the key difference lies in the franchisee running several outlets in a defined geographical area. Despite the initial and ongoing costs being greater than they would be for a single unit franchise, the franchisee can enjoy higher profit potential as a result of the geographic franchising volume. As previously highlighted, in contrast to traditional single-unit franchises, multi unit franchises purchase the right to own multiple units within the same region/ territory. As a result, owners typically adopt a less hands-on role in daily operations and may opt for experienced management teams to oversee store activities. This is a progressive step from the more traditional single-unit franchise model where capital was invested into a single-unit franchise.

Why multi-unit franchising makes sense
However the multi-unit model has seen a sturdy surge primarily due to the protection it offers to one’s investment. Much like the proverbial “putting your eggs in one basket,” multi-unit franchising offers a stable alternative option to safeguard investment across a number of multifranchise operations rather than a single source. This has given rise to larger and more sophisticated franchisee enterprises investing in prospective franchisors that may, in fact, be smaller in operational scale but present powerful investment potential. Apart from volume of units, some of the key aspects that separate multi-unit from single-unit franchising include the nature of the restaurants franchised. Typically, multi-unit franchising entails catering toward the fast-casual and/or quick service restaurant segments. As can be expected, the price of individual units is typically lower and expansion/ CapEx (capital expenditure per outlet) is much smaller than the middle- to highend segment. The unit diversity also allows the flexibility of being able to refocus efforts by closing some units down while continuing operations in others with greater potential and yield. Additionally, multi-unit franchising stands to reap benefits as a direct result of the scope, which includes support from global marketing campaigns. Marketing a multi-unit franchising operation is easier as one can simply run traditional, digital and online campaigns that point consumers to the franchisees various locations. Ultimately the accrued cost is the same for franchisees who own one location or multiple units, so highlighting all your units in the area bears no additional financial burden. Higher up the ladder, the supply chain is also typically taken care of by the master franchisee, with orders being completed as early as a year ahead in some cases. Also, due to potential increased sales volume, the multi-unit franchisor can leverage better prices on supplies and equipment with the parent company. Increased volume allows for the purchase of bulk goods from fewer suppliers at better prices, which can then be distributed across all franchise units.

Market examples
In the GCC, several international brands have entered and/or expanded within the market on a predominant or exclusive multi-unit franchisee basis. A prime example is P.F Chang’s, an American-style Chinese bistro, with over 200 locations in the United States and more than 100 international locations under licensee agreements. In the GCC, P.F Chang’s works solely with multi-unit franchisees, where they seek big operators that can financially sustain the operational development schedule. They are currently expanding their network throughout Kuwait, Dubai and Saudi Arabia, rolling out franchises with multiple units across numerous countries. Other notable examples include Pizza Inn, which earlier this year announced its multi-unit franchise deal to launch in Qatar, with its first branch set to launch in 2022 and four more scheduled thereafter. Originally founded in Texas in 1958, the company had more than 50 branches across the U.S. In the Middle East – however, the chain has historically had a small presence, with branches in Dubai, Sharjah, Ajman and Saudi Arabia. FAT Brands Inc., the parent company of brands that include Fatburger, Johnny Rockets, Round Table Pizza, Great American Cookies, Marble Slab Creamery and nine other restaurant concepts, is expanding its Middle East presence, with 136 restaurant locations set to launch across five countries. In partnership with Kitopi, the master franchisee for this deal, six FAT Brands concepts will be opening over the next five years, including Fatburger, Johnny Rockets, Buffalo’s Cafe, Great American Cookies, Elevation Burger and Yalla Mediterranean. Continuing this trend of multi-unit expansion, they have also announced a new deal to enter Libya, with franchisee Al Majmoua Al Moutakamila spearheading the 10-store deal.

How communicating with customers has evolved