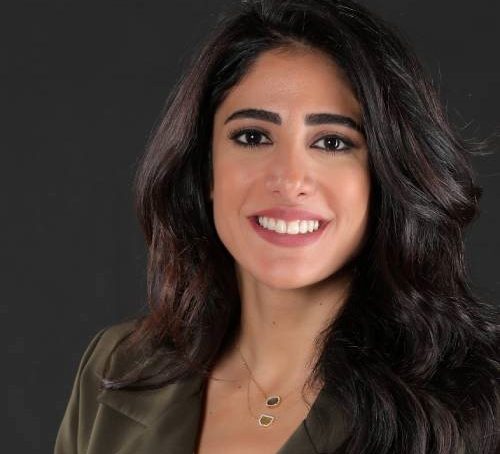 Yasmina Yared began her career in Dubai working for Kearney in management consulting. It is only after traveling to Peru in 2013 that she discovered her true passion, Peruvian cuisine, bringing the country’s vibrant gastronomy back with her to Lebanon. She has since opened CINCO, the first Peruvian restaurant in the Middle East, as well as other concepts.

What made you choose to open the first Peruvian restaurant in Lebanon?
My sister and I fell in love with Peruvian culture during our volunteering trip to Peru in March 2013, after which we decided to quit our jobs in order to open the first Peruvian concepts in Lebanon and the Middle East. It was a bold decision back then, as Peruvian culture wasn’t known worldwide. Yet, we were deeply impressed by the unique and sophisticated flavors of the country.
Peruvian’s exceptional cuisine is one of the most diverse in the world for two main reasons:

Today, Peru is recognized as a top cultural destination, while a number of well-known Peruvian restaurants have been opening in the trendiest cities around the world, such as New York, London, Paris and Dubai.

To what do you attribute the success of your restaurant and bar concept SAPA?
SAPA’s slogan is to create magic, as we constantly aim to offer our clients an innovative Peruvian dining experience, sophisticated cocktails and Pisco specialties, as well as live entertainment, whether that’s at our 100-year-old villa in Beirut or at our Faraya branch, which is located inside a majestic castle. Most importantly, we are targeting two to three generations, from those in their 30s to their 60s.
The key to succeeding in hospitality, aside from developing a solid concept, is to develop very strong in-house relationships as well as to invest in customer satisfaction.

How do you constantly re-invent Peruvian food to keep up with the latest culinary trends?
We constantly invest — especially during crises — in introducing new culinary and drinks trends by traveling regularly to Peru to meet with suppliers and to oversee the production of our own Pisco — PISCO CINCO —in Ica-Peru, which was voted the best Pisco in the world in 2014.
We also work with the top Peruvian chefs in the world, including champion of Peruvian cuisine Gaston Acurio, who has more than 50 restaurants worldwide, and Ricardo Martins, an acclaimed chef who worked at Central, voted the best restaurant in the world.
Furthermore, we participate in local and international bartending competitions, intensively scheduling guest shifts with the world’s most successful bartenders, including Luca Cinalli.

What are your plans for the future?
Shortly after the Beirut Port explosion in August 2020, I decided to once again leave the country with my kids to start a safe life abroad. A week later, I changed my mind, as I felt a huge responsibility toward my team of over 250 people. I realized that my decision could affect their lives and the lives of their families. I believe that in this country, one that is full of contradictions yet possesses intrinsic beauty, some have to leave and others have to stay. That being said, my priority is to keep on investing and expanding in Lebanon’s food and beverage sector, in addition to exporting our SAPA, CINCO and SOFITA concepts abroad.