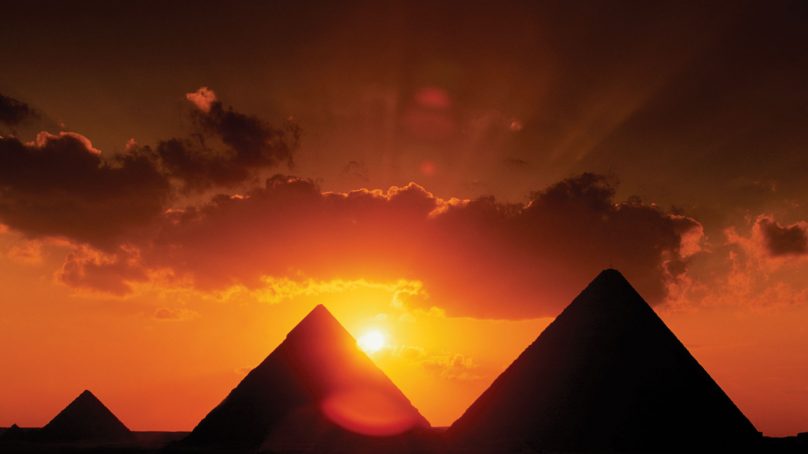 Egypt appears to have fostered economic growth and an improvement on its fiscal deficit despite the country’s high inflation rate. This was achieved in part by austerity measures imposed by the Egyptian government.

Although Covid-19 significantly impacted the global economy, Egypt experienced a 3.5 percent growth in real GDP in 2020 as a result of structural reforms implemented over the past few years together with the country’s efforts to mitigate the pandemic. Over the last decade Egypt has faced many economic downturns, many of which were triggered by political unrest or terrorism, such as the Arab Spring or the attack on a Russian airplane in 2015. The country has displayed incredible resilience in coming back stronger from these incidents with tourism numbers recovering within 12 to 24 months. Driven by its strategic location, favorable climate and ability to attract tourists, the country has managed to bounce back.

This resilience is key to potential investments in Egypt’s tourism industry. The upcoming supply of branded properties in the market reflects the confidence investors have. Equally, the government’s commitment to development projects, including the opening of new airports as well as the expansion of existing ones, signals commitment to growth and confidence in the country’s tourism sector.

The following government strategies are aimed at developing further both international and domestic tourism:
• Marketing strategies to widen tourism source markets across Europe, mainly focusing on Eastern and Southern Europe
• Liberalization of the Egyptian pound has caused currency devaluation and made the destination more attractive for budget conscious travelers
• An increase in airport capacity, mainly in the Cairo-Giza region
• The opening of new airports: Sphinx International Airport and Katamaya International Airport Tourism spending
Nearly 88 percent of tourism spending in the country is generated by leisure travel. Business travel spending is expected to reduce as companies try to recover. Moreover, the lockdowns and travel restrictions have enabled business travelers to rethink their travel needs with the help of technology.

Egypt’s investment in travel and tourism increased by 26 percent annually between 2015 and 2019, reaching EGP 98 billion in 2019. The increasing contribution reflects the enhanced economic activities by tourism-related industries as well as the government’s commitment to growing the sector.

Visitation to Egypt has grown at a compound annual rate of one percent over the last 10 years. After political unrest and terror attacks, inbound tourist arrivals in 2017 increased by an impressive 60 percent, while domestic visitation recorded an increase of 9 percent.

Domestic tourism
Over the last five years, Egypt’s domestic tourism has become more significant, as local tourists constitute 60 percent of countrywide tourism. The focus on domestic tourism has proven to be a solid diversification strategy for Egypt, making it less susceptible to international travel restrictions.
Egypt’s rapid population growth — which is expected to reach 108 million by 2023 — will further bolster domestic tourism, providing potential to increase the share of domestic spending.

International visitors
Europe constitutes the primary source region for Egypt, accounting for 64 percent of international visitation in 2019. Visitors from the key source market Europe mostly prefer Egypt’s all-inclusive resort hotels, while domestic tourists and visitors from the GCC prefer to stay in luxury resorts. On the back of political instability and safety concerns, European visitation decreased by 62 percent in 2016, from 6.8 million to 2.6 million. Overall, visitation decreased by 42 percent in 2016 owing to the terrorist attacks and the attack on a Russian passenger plane in 2015. Following the unprecedented events of 2015 and the considerable decrease in tourism in 2016, a massive security presence and upgrades at airports and key tourist sites helped boost confidence and increased the number of arrivals to Egypt. Over the past few years, Egypt has become more attractive for budget-conscious travelers, after the free-floating Egyptian pound caused a devaluation of the currency and positioned the country as a more affordable destination. Egypt’s recent destination marketing strategy aims to widen the county’s source markets across Europe, focusing more on Eastern and Southern Europe as new target markets and presenting all hotel classes as viable travel options within the country.

A close-up look at Cairo hotel supply
Cairo’s hotel market is driven by five-star hotels, which constitute approximately 62 percent of the branded supply. This is followed by the four-star properties (26 percent). Compared to other cities in Egypt, Cairo boasts the highest number of branded hotels.
The branded hotel supply in Cairo consists of over 65 properties, with approximately 19,000 rooms and an average of 300 rooms per hotel. The largest hotel in Cairo is the 1,087-room Marriott Omar Khayyam Hotel and Casino.
Marriott International holds the largest hotel room inventory in Cairo, constituting 23 percent of the supply, followed by the Intercontinental Hotels Group and Hilton, with 14 percent and 12 percent respectively. The supply pipeline in Cairo appears robust, with an aggressive schedule of new hotels expected to enter the market within the next four years. The existing supply is expected to increase by 26 percent by 2025. The upcoming supply is mainly dominated by Accor (25 percent of the pipeline) followed by Marriott (18 percent) and Hilton (15 percent).
As the current supply lacks quality and branded midscale properties, there is an opportunity for development of this segment, given the government’s efforts to diversify its source markets and to continue promoting Egypt as particularly attractive to budget-conscious travelers.

Demand characteristics
The hotel market in Cairo is mainly divided into four distinct submarkets, each characterized by variations in segmentation and respective demand generators.
Leisure demand in Giza is driven by historic locations — the Great Sphinx and the Great Pyramid of Giza, for instance — and the 6th of October area. The remaining demand is generated by the corporate segment.
Indeed, the 6th of October area contains one of the largest industrial zones in Egypt, serving as the regional hub for many companies in the information technology and financial sectors.
Downtown Cairo is an affluent residential district of Cairo located at the border of the River Nile. While it does command its share of leisure business, a large chunk of hotel occupancy is derived from the corporate
segment.
Heliopolis is considered to be Cairo’s diplomatic and presidential neighborhood and is situated just a few kilometers from Cairo International Airport. The largest demand for weddings in Cairo is captured by the hotels in Heliopolis due to the area’s large residential population.
New Cairo is near Cairo International Airport and approximately 20 kilometers from the city center. Demand in this area is mainly generated by the corporate and long-stay segments, as these travelers tend to prefer staying close to work and Cairo International Airport.
Prior to Covid-19, Cairo witnessed three years of significant growth in hotel market performance. While occupancy levels improved by 15 percentage points, ADR and RevPAR increased by 17 percent and 34 percent, respectively.
Market-wide performance deteriorated significantly in 2020 due to lockdowns and travel restrictions. Consequently, Cairo experienced substantial decline in hotel performance. While occupancy levels fell by 45 percentage points to 30 percent, the city witnessed the lowest occupancy rate since 2013. Similarly, average daily rates and RevPAR decreased to USD 89 and USD 26, representing a 13 percent and 65 percent decrease respectively. To mitigate the impact of the pandemic and to support the tourism industry, the government has committed part of a USD 2.7 billion emergency loan provided by the IMF to support the tourism sector.
The hospitality market is expected to witness solid recovery on the back of pent-up demand and ease of travel restrictions. Hotels are expected to benefit from government-driven infrastructure development projects, which will help to position the country as an attractive tourism destination.

What’s on the horizon?
While the pandemic has disrupted development of the Egyptian tourism sector, the country is expected to continue its journey of sustainable growth in both hospitality supply and tourism demand. Economic diversification and an ambitious schedule of infrastructure developments across major cities, as well as the large-scale expansion of its transportation network, will strengthen Egypt’s appeal to travelers from Europe and the Middle East. In short, Egypt is expected to bounce back stronger. 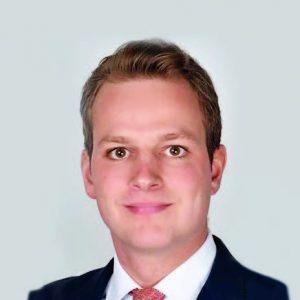