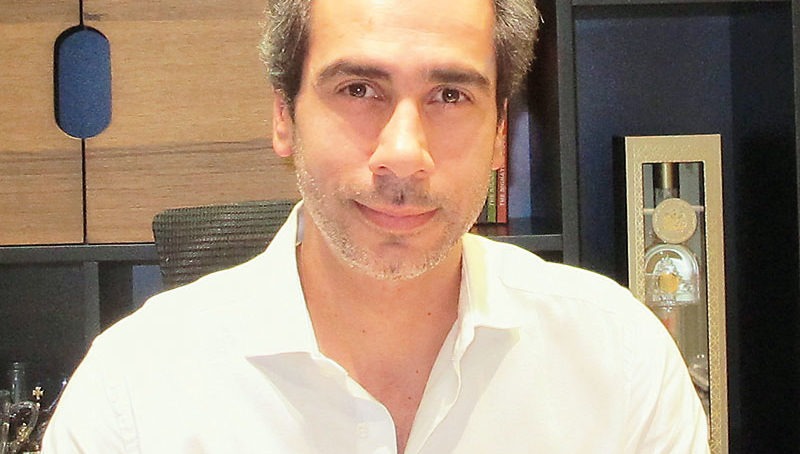 He entered the Lebanese F&B industry in 2000, when still fairly young and studying for a civil engineering degree at LAU. At this time, the outlets that were attracting the crowds were few and far between. Being a nightlife enthusiast himself, Marc Chehade decided to set up a company called Managing and Engineering F&B Concepts (MEC) and, as CEO, opened the first bar in Monot Street, named Rounders, that same year

How did the business develop from those early days?
We were encouraged by the success of our first establishment to capitalize on our achievements and open another bar in the vicinity called Lime the following year, which was also when I graduated. During that period, Monot Street was beginning to reach breaking point in terms of available space, which prompted us to pause and reflect before opening our third establishment. When we took this step in 2004, we decided to introduce a new concept of a bar/restaurant featuring live music bands, called Barmed.

By then, Monot’s thriving bar scene had shifted to Gemmayzeh, where we opened two different outlets, named Spoon and Porto, before turning our attention to entirely different regions. We then opened: Bali in Jounieh; Cristobal- Kennedys – Jackie O and La Palma in Hamra; Passeo in Jbeil; Juleps – Palmilla – Newyorker in Uruguay Street; Lockstock and Stairway in Mar Mikhael; Pablo Escobar in The Village, Dbayeh, a Tex Mex bar-restaurant, which now also has a further five outlets operating throughout Lebanon; and Kaffeine, a café-restaurant in Qubic Square, Horsh Tabet. By 2018, MEC owned and managed four concepts with nine outlets, including the five additional Pablo Escobar outlets, The Backyard in Hazmieh, Printania Villa in Broumana, Avenue 19 in Rayfoun and Aigue Marine in Jounieh.

What sets MEC apart from other F&B companies?
We have always gone to great lengths to study each project in depth and from a multitude of angles to ensure that we have most, if not all bases covered. While coming up with new concepts from scratch offers us plenty of leeway to customize and optimize our offering, it inevitably also presents challenges, not to mention risks. Taking these projects forward, therefore, clearly demonstrates our ability to create long-lasting identities, rather than emulate existing ones. Backed by a handpicked team of specialists in various fields, each project takes on a life of its own and, in turn, finally comes together in a beautiful way.

RELATED CONTENT  Lebanese Restaurants: The Government’s decision this week is our last hope

What are the key components of success in this industry?
During what is now almost 20 years of experience, I have identified three key factors that are central to the success of any F&B concept. At the very top, when it comes to optimizing exposure and traffic, nothing works better than selecting a prime location. Having secured that, creating a concept that closely reflects the identity of the area further strengthens the idea which is being introduced. Lastly, instituting the most effective and consistent back and front office management system not only complements the first two elements, but also ensures growth and, by reciprocity, increases profitability.

What can you tell us about the team behind MEC?
At MEC we believe in teamwork and systems, which is why I gathered together some of the best in the bar industry. Everyone has a role and we all contribute to the success and continuity of the company. I am the founder and CEO, Chef Hanna Tawil is the executive chef and Gilbert Saad is the operations manager.

What’s on the horizon for MEC in the coming years?
This year, we will be launching two projects which I’m fairly certain will prove to be a hit. Concurrently, and due to the success of the Pablo Escobar brand, we will dedicate a portion of our efforts to further grow it beyond its six existing branches by opening a new outlet in a location to be announced soon, while also adding several new exotic dishes to our existing food menu. Kaffeine is another concept we plan to expand further by opening another branch in Forty Four Project in the vicinity of Salloumeh Roundabout. We are also considering regional expansion and exploring a number of appealing and potentially suitable concepts.