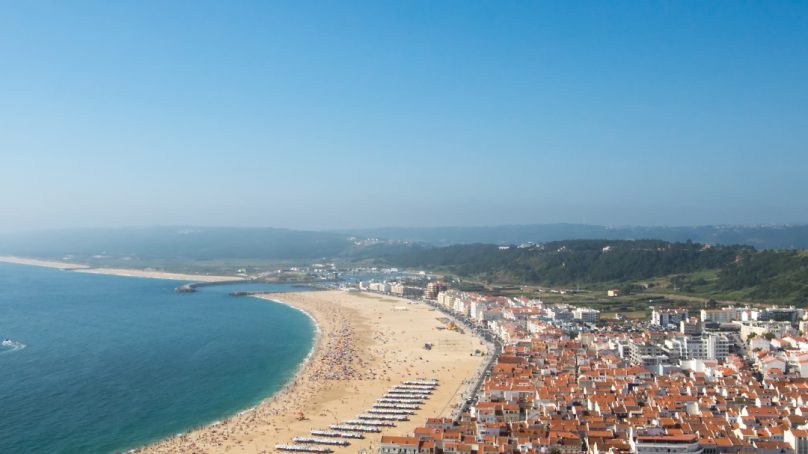 How Portugal’s restaurant scene is fighting back

Almost two years after the start of the pandemic, Portugal has managed to retain its status as an attractive culinary destination. Ralph Nader, CEO of Amber Consulting, deep dives into the country’s restaurant scene and explains how it has successfully weathered the storm.

Before inbound and domestic tourism came to a halt, Portugal was on its way to becoming one of the world’s top touristic destinations, a testament to its rich and unique cuisine and experiences. With its economy heavily reliant on tourism, the drastic turn of events left some Portuguese restaurants surviving on government subsidies, while others decided to leave the scene altogether. According to a survey conducted by the local restaurant association PRO.VAR, up to 30 percent of restaurants may have closed for good just a couple of months into the lockdown. Other statistics show that by August 2020, 70 percent of restaurants were considering bankruptcy. As the number of restaurants decreased, many farmers and other food chain suppliers had to scale down their production or, in some cases, shut down completely.

Temporary strategic shifts
On a more positive note, recovery has already begun, according to a McKinsey study (July 2021). Projections estimate that by 2024, tourism expenditure will increase to reach the same level attained in 2019. Local restaurants have implemented strategic shifts to mitigate the dire consequences of the global crisis. Many have reconsidered their target market temporarily, allowing tourists to resume their regular visits.

Seeking out cheaper ingredients by sourcing lower quality food is an unfortunate temporary quick-fix strategy that some local restaurants might resort to. Another go-to strategy focuses on home delivery and takeaway as key sale drivers. While it might be tempting for restaurants to do this, results will disappoint, as it is merely a way of minimizing losses.

A more reliable and sustainable solution has been to attract local and Spanish diners, as well as Brazilian retirees. Thus, instead of targeting tourists and seasonal visitors, many restaurants have turned their focus toward domestic consumption and strategic neighbors. This, in turn, has affected targeting strategies, including pricing, staffing and their menus.

Some Portuguese chefs and restaurateurs have viewed the shift from massive tourism to local consumption as an opportunity to reimagine traditional Portuguese cuisine, allowing the Portuguese to have renewed appreciation for their own gastronomy.

Culinary overview
The country is still witnessing remarkable growth in the number of new restaurants despite the ongoing pandemic. Many bloggers recommend traveling to Portugal exclusively for its food, and it has been advertised as Europe’s best destination for foodies. Portugal’s amazing weather, combined with its breathtaking landscape, exquisite cuisine and warm hospitality, have made it a popular holiday and retirement destination, and an attractive choice for culinary investments as well.

Signature foods
Portugal is known for its diverse cuisine, including seafood, and fine wine. Famous appetizers include clams (Amêijoas) and Cacholeira Branca de Portalegre, which are sausages made from the fat, liver, offal and blood of the Alentejo pig. Well-known snacks or tapas are referred to as “pesticos.” Renowned main dishes include cod (Bacalhau), which is widely classified as the national fish, grilled sardines (Sardinhas Assadas) and bifana (pork), a well-known sandwich which is considered a proper meal. Those with a sweet tooth will savor the custard tarts (Pastéis de Nata), the rice pudding (Arroz Doce) and galão, the local milk coffee.

Star chefs
In total, there are 28 Michelin-starred restaurants in Portugal, two of which were added in 2021.José Avillez is the most renowned chef in Portugal. His main focus is to promote Portuguese gastronomy and to contribute to making Portugal a top food destination. He is admired for his passion and experimental style. Avillez took over the executive chef role at Tavares, Lisbon, in 2008 and won his first Michelin star just a year later, making him the first Portuguese chef to receive this accolade. His restaurant Belcanto opened in 2012 and was the first in Lisbon to receive two Michelin stars.Marlene Vieira is one of the most famous female Portuguese chefs and is an inspiration to other women. She tells the story of how, as young 12-year-old food enthusiast, she spent most of her time in the kitchen. Vieira attended the hospitality school of Santa Maria da Feira at the age of 16 and worked between Portugal and New York. She was the first female chef to participate in the Chef Cook of the Year contest in Portugal.

Restaurants
There are countless well-known restaurants in Portugal, many of which have earned Michelin stars and have been named among the best in the world.Lisbon Belcanto This distinguished two-star Michelin restaurant serves Portuguese classics with a modern twist created by Chef José Avillez. It currently ranks 42nd on The World’s 50 Best Restaurants List.Today, there are trendy restaurants in Lisbon that do not exclusively serve Portuguese cuisine. Ofício, the atypical neighborhood restaurant, SEM, Lobo Mau and Dahlia are among the most fashionable. Porto The Yeatman Hotel Led by Chef Ricardo Cosra, this two-star Michelin restaurant aims to deliver Porto’s most inspiring dining experience. The panoramic view of the River Douro, the historic center of Porto and the attentive service guarantee a first-class experience. The Yeatman offers traditional Portuguese flavors with a contemporary twist, as well as a comprehensive selection of local wines. Casa de Chá da Boa Nova is another two-star Michelin restaurant famous for its haute cuisine and its theatrical seaside experience. Adega São Nicolau is one of the best choices for those looking for a more authentic local experience. The food matches upscale dining experiences in the city while costing significantly less than other restaurants.In 2020, there were some doubts concerning the ability of local restaurants to endure significant losses. However, today, it appears that Portugal is winning the battle. Between government subsidies, strategic shifts, unique chefs and exquisite taste, Portugal may well be among the first European countries to witness full recovery of its tourism sector.

The renaissance of Arabic food with Top Chef Tala Bashmi

The Cask & Barrel opens a new branch in Lebanon