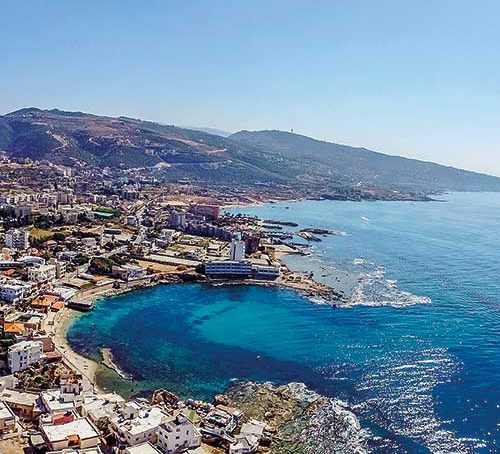 Lebanon has a real opportunity to catch its breath this summer, with confirmed registered bookings of around 1.2 million people, the majority of whom are expatriates. Chadi Chidiac, managing partner of Protocol Hospitality Management and Consultancy, tells us more.

Inbound activity is likely to inject between USD 2.5 and USD 3 billion directly into the market, which has the potential to boost the struggling Lebanese economy. Indeed, the number of expatriates did not rise effectively last year, mainly due to the quarantine that was imposed on arrivals for a period of five days, and 14 days for those leaving the country.

Today, Rafic Hariri International Airport is bracing itself for arrivals from around the world. In May 2022, numbers rose by 52.73 percent compared to May 2021, with a total of 234,286 passengers. While the total flights of national, Arab, and foreign airlines that used the airport during the month of May reached 4,096 flights, an increase of 46 percent over May 2021, of which 2,052 flights arrived in Lebanon, an increase of 46.67 percent and 2,044 flights departed from Lebanon, an increase of 45.37 percent y-o-y.

On June 2, 2022, the Minister of Tourism issued a circular allowing tourism institutions, exceptionally and voluntarily, to list their price lists in US dollars, where the final bill can be issued in US dollars or Lebanese pounds as market-rate parity until the end of September 2022. His decision was justified by the exceptional circumstances the country is going through, especially in terms of the fluctuation of the exchange rate of the dollar against the Lebanese pound.

The signs are positive for a profitable summer season, with high figures of arrivals being announced that will mostly uplift hotels’ occupancy rates. Even people owning homes in Lebanon may prefer to settle in hotel rooms for their stay considering the comparative value it offers, with average price per room falling from USD 200 to somewhere between USD 50 and 60USD. The same applies to the F&B sector, where GCA for full-service restaurants fell from USD 40 and USD 50 to USD 20, bearing in mind that higher demand will be met by limited supply. At the start of 2019, there were 8,500 establishments including cafés. This number decreased in 2020 to 4,500 institutions, then to 3,400 during the first few months of 2021.

With this being said, the tourism and hospitality sectors are anticipating a prosperous 2022 summer season, with high hopes for political stability, which always has been the make or break for Lebanon.

Elie Ghrayeb, one of F&B’s brightest and youngest stars