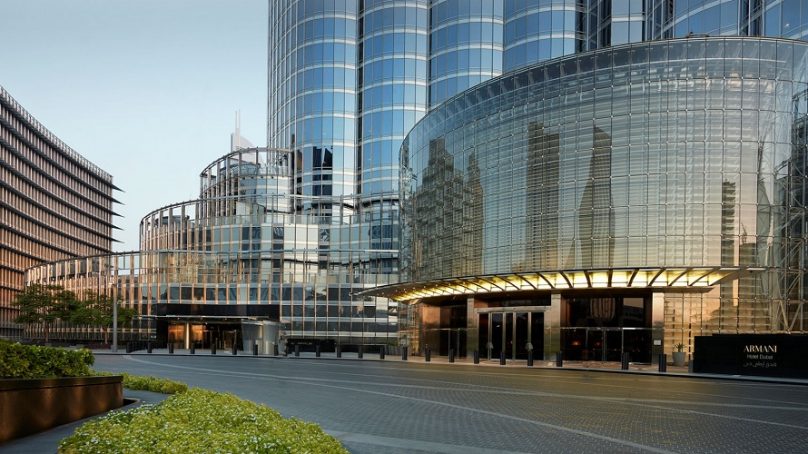 The Middle East’s hospitality race is back on

Most Middle Eastern countries are finally experiencing some form of normalcy after months on standby due to the pandemic. Nada Alameddine, managing partner at Hodema consulting services, gives us an in-depth account of what’s happening in the region, which shows positive signs of regrowth.

There’s certainly a lot to look forward to this year. After the successful new edition of the Arabian Travel Market, which was held in mid-May at the Dubai World Trade Center, and the Business Traveler Middle East Awards in August, things are definitely picking up. Indeed, many events that were postponed because of Covid-19 are back on.

Upcoming events in the region There are a number of large-scale events taking place over the coming months. The popular Hotelier Middle East Awards are taking place at the end of September, while Expo Dubai 2020, the long overdue and highly anticipated event, will start in October and run for six months. Ain Dubai, the world’s largest and tallest observation wheel, is set to open on October 21 and Qatar Travel Mart, the first exhibition of its kind in Qatar, will be held from November 16-18 at Doha Exhibition and Convention Center. It is clear that business and leisure travel is bouncing back. The UAE tourism sector reached AED 11.3 billion for the first six months of 2021, up from AED 8.6 billion last year. The Emirates Tourism Council also reveals that average hotel occupancy rates increased from 53.6 percent in the first semester of 2020 to 62 percent.

Egypt is also witnessing a surge in domestic tourism and international visitors, and Saudi Arabia reopened its doors on August 1. Many local hoteliers who managed to survive the pandemic by turning to a local clientele are nonetheless breathing a sigh of relief at the sight of foreign tourists.
Hotels in the region are pressing play to reactivate the expansion plans they had paused for more than a year, especially in the UAE and Saudi Arabia, which had set up tight deadlines to meet their 2030 economic plan goals. So how are local hospitality companies faring? If the number of projects in the pipeline is anything to go by, they seem to be doing quite well.

Saudi Arabia
Boudl, one of the largest players in the kingdom, owns the Narcissus Hotel brand; Boudl Apart’Hotel, with 29 properties in KSA and two in Kuwait; the luxury four- and five-star Braira line, which consists of eight hotels in Riyadh, Damman and Khobar, as well as eight under construction; and Aber, a budget-range portfolio of seven hotels in numerous Saudi cities that was launched in 2016. The group’s latest growth plans are in the F&B sector, with Bur Bakery and Cafe. They plan to reach 96 branches in KSA by 2030. Its competitor Dur Hospitality Company, which owns Makarem Hotels, offers more than 2,000 rooms across the country. They also operate Marriott Hotels and have a master development agreement with IHG. They are currently developing 12 new projects, specifically in the hotel apartment and serviced apartment markets, through the brands Shada and Dara.

Al-Hokair is one of the oldest local groups that’s still thriving. Founded in 1975, it currently owns 35 hotels, with more than 5,000 rooms, and has diversified into entertainment centers (92 across KSA and the UAE).
Prince Al Waleed Bin Talal is also one of the market’s main players. Through the Kingdom Holding fund, the wealthy Saudi prince co-owns the Four Seasons brand and Four Seasons Hotel George V in Paris, among others.

UAE
The UAE probably has the strongest contenders in the local market. Rotana Hotels, created in 1992, has now developed a portfolio of 68 hotels in 14 countries, including 10,012 keys across 36 hotels in the UAE alone. For the past two years, Forbes Middle East has ranked Rotana the third-largest hotel chain in the region after hospitality giants Accor and Marriott. And this year looks promising, with Rotana having just scooped three awards at the Business Traveller Middle East Awards. The brand won the coveted Best Hotel Brand in the Middle East for the fifth consecutive year, while its Centro brand bagged Best Budget Hotel Brand in the Middle East and Park Rotana was awarded Best Business Hotel in Abu Dhabi. The group has 42 upcoming projects, some of them in Bahrain, KSA (in Jubail), Qatar and Turkey.

Hot on the heels of Rotana is Jumeirah Group, which owns the world famous Burj Al Arab hotel, as well as 23 other branded properties in eight countries, with 11 hotels and resorts in Dubai alone. It has broadened its presence in the region, expanding to Kuwait, Oman and Makkah. In Europe, the group owns a hotel in Frankfurt, one in London and one in Mallorca. But its main focus lately is Asia, with expansion evident in Bali and China (in Ghanghzou, Nanjing and Shanghai).
Emaar Properties, one of Dubai’s leading real estate firms, has also developed its hospitality business, Emaar Hospitality Group. The group has three hotel and resort brands: Address, Vida and Al Alamein. It also operates leisure clubs.

Qatar
Recently shunned by its neighbors for political reasons, Qatar is far from being outdone when it comes to hospitality. The government-owned Katara Hospitality has a portfolio of 39 hotels and serviced apartment complexes globally (19 in Qatar, 14 in Europe) and aims to reach 60 by 2030. It has partnered with the business’ main players, such as the Turkish Rixos and Accor, with its brands Raffles and Fairmont in Paris, London and Singapore. Katara has recently signed two extra management agreements with the French hospitality group to open new properties in KSA’s Lusail Iconic Towers. The company’s CEO, Sheikh Nawaf bin Jassim bin Jaber Al-Thani, has even been named on Accor’s Board of Directors.

Smaller operators
Trailing behind these local hospitality colossi are smaller companies. Jannah Hotels and Resorts, for instance, has six luxurious properties in the UAE. In Kuwait, Al Dajeej runs Safir Hotels and Resorts and has expanded to Egypt, Oman, Syria and Qatar. In Egypt, Jaz Hotel Group is one to watch, and Jordan’s largest hospitality group is the Arab International Hotels Company (AIHO). Created in 1975, it has a partnership with Marriott and owns stakes in Al Dawliyah for Hotels and Malls, which owns Amman’s Sheraton. Interestingly, the group is also involved in training students in hotel and hospitality management through the Ammon Applied University College (AAUC).