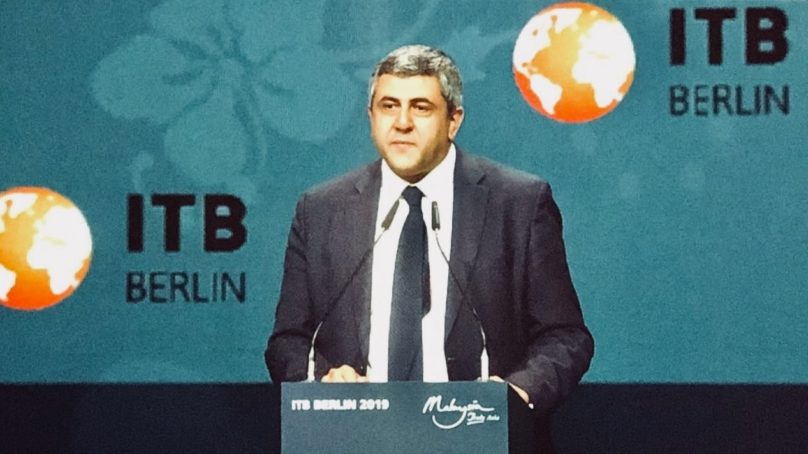 UNWTO chief at ITB Berlin: “Tourism has a say when it comes to facing up to global challenges” 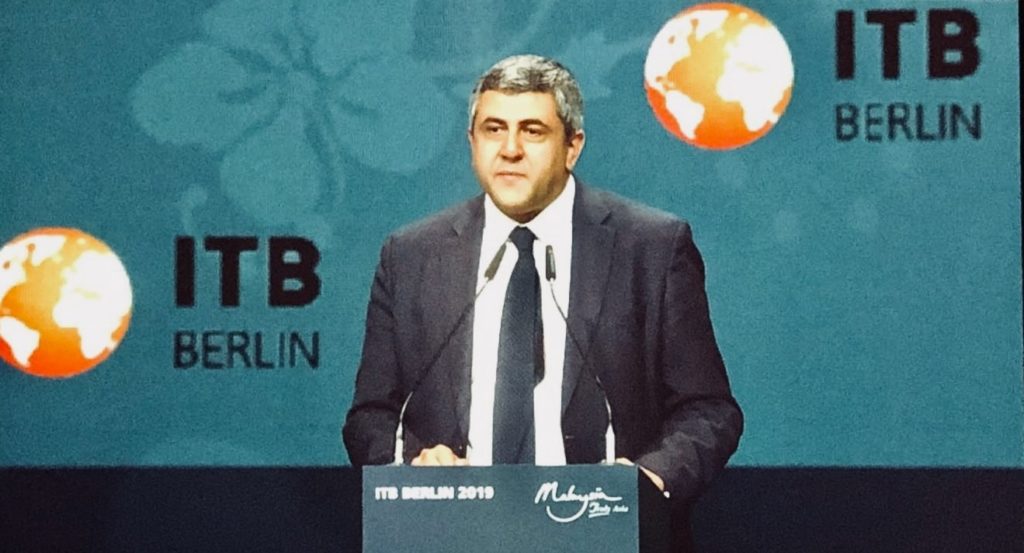 Tourism’s coming of age puts the sector in a position of global responsibility to face up to challenges ranging from climate change to social inclusion. Furthermore, toruism’s growth unlike almost any other economic sector offers the economic and social resilience needed in times of uncertainty. This was the central message delivered by Zurab Pololikashvili, Secretary-of the World Tourism Organization (UNWTO), during the opening ceremony of ITB 2019 in Berlin, the leading travel trade show of the world.

With international arrivals reaching 1.4 billion in 2018, the UNWTO Secretary-General underscored how tourism “keeps growing ahead of the world economy, which we almost doubled last year”.

“Tourism has a say when it comes to facing up to global challenges”, the UNWTO Secretary-General said, underscoring how tourism’s “cross-cutting nature and deep social rooting like almost no other activity provides the resilience that economies need and everybody is craving, especially true in times of uncertainty,” he said.

Pololikashvili praised the support of tourism at the highest political level in Germany, represented at the opening by the Minister for Economic Affairs and Energy. Peter Altmaier, said that “Tourism is a key economic activity, it’s part of global economic integration and contributes to 4% of Germany’s GDP and provides hundreds of thousands of direct and indirect jobs”. The minister ensured Germany’s support to UNWTO in supporting tourism for sustainable development.

These remarks coincide with UNWTO’s special 2019 focus on education, skills and jobs, a joint task among all tourism stakeholders to “enhance the competitiveness and sustainability of tourism destinations”, the UNWTO Secretary-General said, reminding that “tourism’ cannot prosper in isolation and therefore needs partnerships and collaboration to strive, so that everybody wins”.

The opening of ITB 2019 was also chaired by the Mayor of Berlin, Michael Müller, the Minister of Tourism, Arts and Culture of Malaysia, Datuk Mohamaddin bin Ketapi, representing this year’s ITB partner country, the CEO of Messe Berlin, Christian Göke, and the President of the Federal Association of the German Tourism Industry, Michael Frenzel.