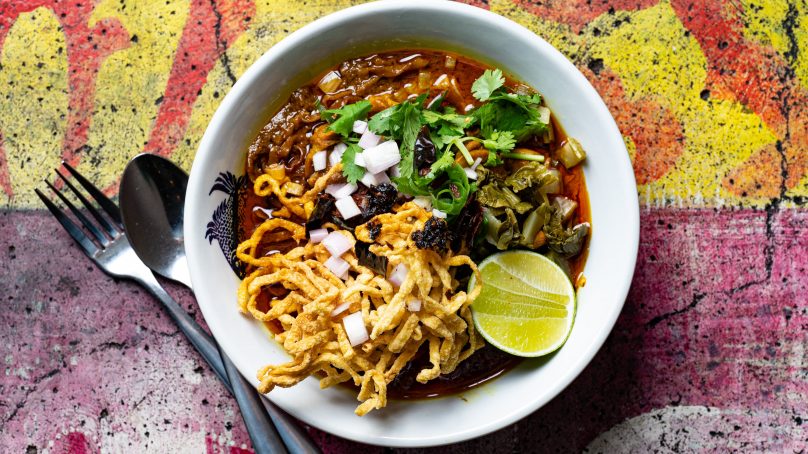 Expo 2020 Dubai brings cuisines to suit every palate and budget, from old classics to new innovations, street bites and gourmet delights, presenting flavors and experiences from more than 200 food and beverage outlets.

Marjan Faraidooni, chief visitor experience officer, Expo 2020, said: “It’s universally agreed that one of the best ways to discover a country is by trying its cuisine, and at Expo 2020, visitors are able to eat their way around the world without leaving the UAE.”

These include American “Gypsy Chef” David Myers, who will combine classic American fast food with an international influence at Adrift Burger Bar, and celebrated Armenian-American chef Geoffrey Zakarian, who is set to debut The National Bar & Dining Rooms – his vision of a grand café, offering modern bistro cuisine from breakfast to dinner. Both restaurants are brand new concepts, making their debut at Expo 2020 Dubai. Lifestyle guru Matthew Kenney will wow diners with stunning renditions of American, Mediterranean and Middle Eastern flavors, as he brings three plant-based restaurant concepts from the U.S., while Mory Sacko, whose Mosuke restaurant was awarded a Michelin star after only two months, will employ his skilled French techniques to create his signature African-Japanese fusion cuisine.

Rohit Ghai, one of the culinary world’s most decorated chefs, brings his acclaimed restaurant Kutir from London’s Chelsea to Expo 2020. Other tasty arrivals include British concept Bread Ahead, specializing in donuts and gluten-free and sourdough breads; Beirut’s neighborhood joint Baron, bringing passion to the plate with fresh ingredients from the farm and sea in its Mediterranean-inspired menu; and Kojaki, a fusion concept that melds Japanese and Korean cuisines, with signature dishes such as Korean barbecue and Japanese robata.