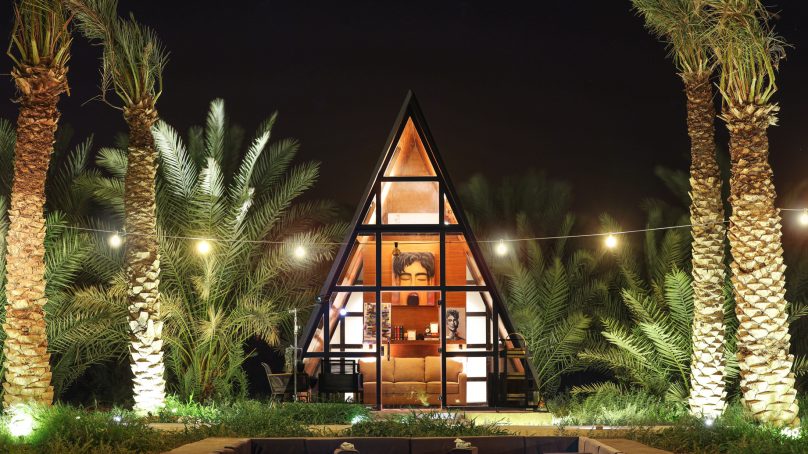 ENVI is expanding in the Kingdom of Saudi Arabia, with 200 keys spread across different locations. The development pipeline includes a lodge near Riyadh, which is set to open by the end of 2023.

ENVI Lodges has signed a master agreement with Mansour Alsanooni Group to operate multiple eco-lodges across Saudi Arabia. The project will have 50 pods with a large outdoor seating area, a BBQ corner and a private pool. An immersive experiential garden at the center of the project, consisting of an outdoor dining area, a fire pit for the evenings, a chef’s garden, a swimming pool and a workshop space for various arts and craft activities, will host group gatherings and private events. Finally, the wellness center will offer various relaxation programs, a meditation facility and treatments using locally sourced products.

Mansour Alsanooni Group’s objective is to develop 200 keys within the next two years across multiple locations.

The lodges will consist of innovative modular pods conceived by Alsanooni himself. He first developed a prototype in Riyadh, safe in the knowledge that such an alternative concept would be well received by residents.

“The prototype was a huge success,” said Alsanooni. “After a season, during which the pod was fully booked for private events, I decided to collaborate with ENVI Lodges to develop the concept into an experiential hospitality project. We want to offer a memorable escape nestled in nature, with an innovative culinary offering and five-star amenities.”

The choice of modular pods reduces the construction period, disturbance to the land and the carbon footprint. “We want to open our projects fast while being careful about the impact we make on the environment. I want to develop hundreds of keys by 2030 to contribute to the tourism objectives of my country, and I have already identified the site for the next project which ENVI and I hope to announce soon,” he added.

Chris Nader, co-founder of ENVI Lodges, said: “We are very excited to work on this first project with Mansour Alsanooni, a dynamic and creative entrepreneur who loves to surprise and entertain people through his projects. We aim to keep Mansour’s spirit in the lodge and create elements of surprise and ‘wow’ factors that will drive repeat stays. The proximity of this first location to the city makes it very attractive not only for weekend and holiday staycations but also for weekday gateways and corporate trips. We want this first lodge to become the preferred escape for Riyadh’s residents and visitors.”

Earlier this year, ENVI Lodges announced an ecolodge on Saudi Arabia’s Red Sea coastline. With Mansour Alsanooni Group, ENVI is introducing its second project in the kingdom, which will be located on a farm adjacent to Wadi Hanifah, on the outskirts of the capital.

Rotana expands its footprint in Qatar