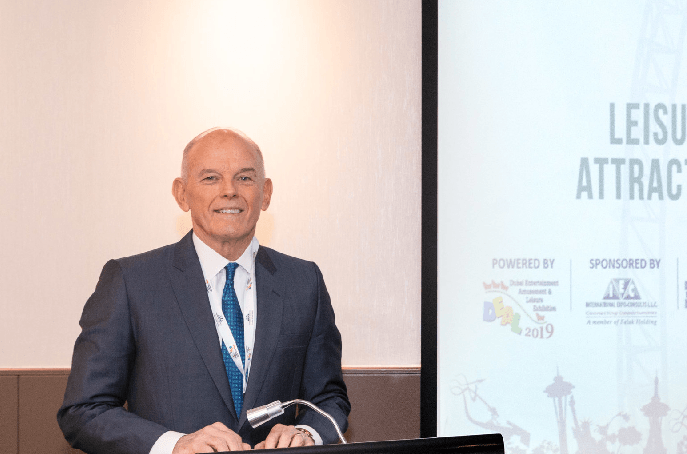 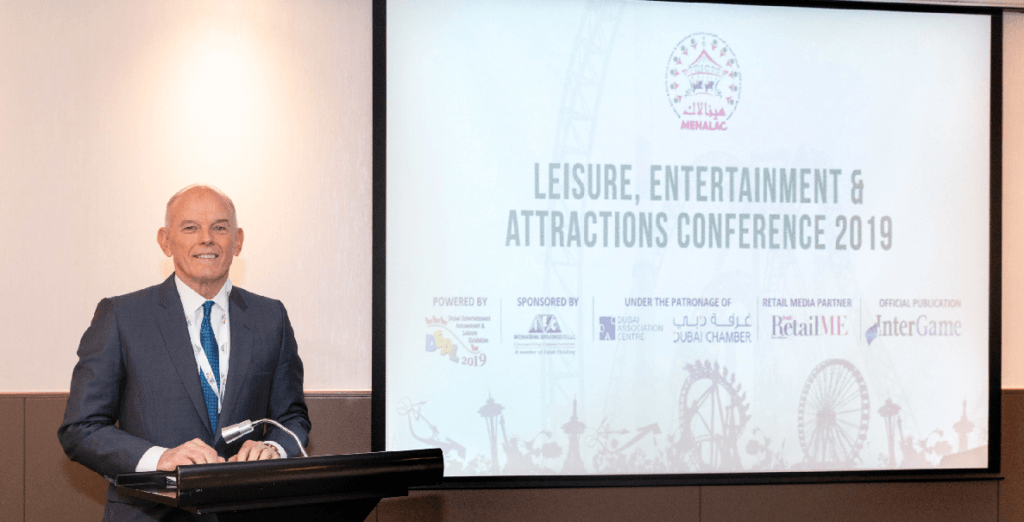 Bill Ernest, CEO of The Saudi Entertainment Ventures Company (SEVEN), which is fully owned by the Public Investment Fund (PIF), this morning revealed exciting prospects for the region’s entertainment and leisure sector.

Ernest is a former Disney executive and entertainment sector veteran. He heads up SEVEN, the company which is changing the face of entertainment in Saudi Arabia forever.

SEVEN is behind the Kingdom’s first cinemas to open in more than 35 years. The project is in partnership with US based AMC Group, the largest cinema operator in the world.

He told delegates that Saudi Arabia’s travel and tourism sector accounted for some USD 65 billion of the Kingdom’s total GDP in 2016. The sector already contributes more than the automotive, manufacturing, agriculture and banking sectors.

He said travel and tourism in the Kingdom sustained over 1 million direct, indirect and induced jobs in 2016. He added that the sector expanded by a massive 38 percent between 1997 and 2016.

SEVEN is one of the first companies in the region to embrace recently announced government investment plans totaling USD 64 billion to develop its entertainment industry over the next decade.

RELATED CONTENT  It's a wrap! 2022 highlights with Tony Ramy

In his role of executing the company’s commitment to maximize its investments in the entertainment sector infrastructure in Saudi Arabia, the CEO sketched out SEVEN’s plans for a massive multi-cluster family-friendly entertainment destination in Riyadh.

The Riyadh destination is planned as the first of many such family-friendly destinations, as part of the Kingdom’s ambitious 2030 Vision, a wide-reaching blueprint for diversification away from reliance on oil and gas revenues, he said.

Employment generation is a key tenet of the 2030 Vision, too.

The CEO said: “Our offerings will create exciting new roles for ambitious young Saudi nationals. We will need to provide training in new skill sets.”

He stressed SEVEN’s key role in the new entertainment era sweeping the Kingdom: “Through our role as investor, developer and operator of various entertainment offerings Kingdom-wide, SEVEN aims to be the leader in Saudi Arabia’s entertainment ecosystem.

Turkey: weathering the ups and downs