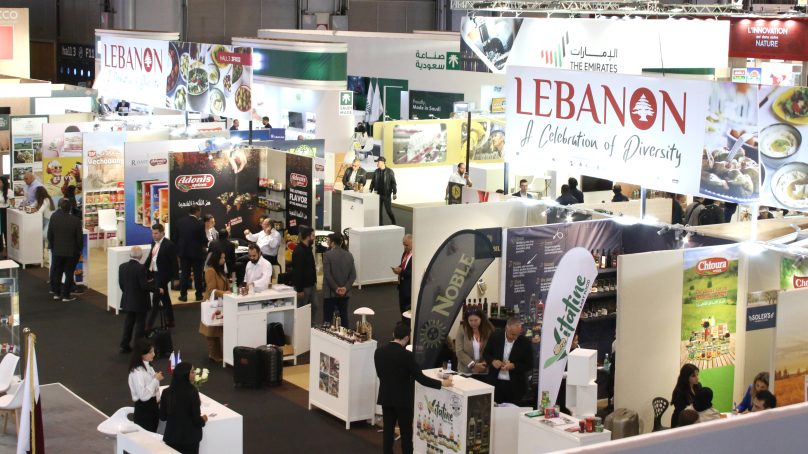 With 7,000 exhibitors and 400,000 exhibited products, this year’s edition of SIAL Paris (October 15-19, 2022) was an innovation-centric edition, reminding industry players that they are all active participants in the change that is underway and the importance of environmental, ethical, digital and demographic challenges facing the planet. It also addressed the challenges of food security, changes in consumption habits and the importance of scouting out new talent, as well as nurturing the “young shoots” who are eager to actively contribute to tomorrow’s ecosystem. This year, SIAL, the world’s biggest biannual trade fair, attracted over 310,000 visitors importers and distributors from Europe, the Middle East, Africa and Asia. Lebanese products featured high on the menu, with the participation of a selection of suppliers considered to be at the forefront of some of the industry.

Over the course of five days, participating Lebanese suppliers were provided with an opportunity to showcase the variety and quality of their products to hoteliers, retailers, restaurateurs, wholesalers, importers and food traders from across the globe. In addition, chefs like Michelin-starred Nicolas Sale, international president of the Auguste Escoffier disciples and 10th chef of the Ritz, were also given the opportunity to discover the products.

Sale, who visited the Lebanese Pavilion on the third day of the show, shared his thoughts on how the food items and ingredients could be integrated into foreign cuisines. He said: “Lebanese products are all about taste, culinary exploration and shared moments. I was pleasantly surprised by the Lebanese Pavilion: the tastes, aromas and blend of flavors. I plan on using a greater number of Lebanese ingredients in my own kitchen. Having explored all the products here, I have several ideas about new dishes that I can introduce at my upcoming restaurant ventures.”

The limitless nature of Lebanese products was reaffirmed at Fair Trade Lebanon’s culinary workshop, which took place on October 17 at SIAL La Cuisine. Under the theme of “An Exquisite Fusion,” Michelin-starred chef Philippe Geneletti created a selection of French dishes with Lebanese ingredients. With roots in France and Italy, Geneletti is known to cook with passion, emphasizing French and molecular cuisine.

Lebanon’s gastronomy was the talk of SIAL Paris. We spoke with Zeina Tohme, senior communication and education consultant, to hear why this event provided an exceptional platform for Lebanese food companies to showcase their premium products and introduce Lebanese gastronomy to the world.

What were the main objectives behind the participation of Lebanon food companies at this year’s SIAL exhibition?
Fair Trade Lebanon is leading the BIEEL project⁠ — financed by the USMEP ⁠— which aims to boost Lebanese exports, mainly the agri-food sector. Within the scope of this project, we held several activities and exhibitions and have supported SMEs, as well as some cooperatives in Lebanon, to boost their exports.

Participating at SIAL was a way to help companies and SMEs meet new buyers and close deals, thereby increasing their exports. We organized B2B meetings and encouraged as many people as we could to visit the pavilion.

Besides providing visibility to Lebanese companies, we are also increasing the interest in Lebanese gastronomy. Lebanon is a land of colorful and exceptional flavors, where variety and generosity exist. Our cuisine celebrates the Levant and the Mediterranean, which is why we decided on having two taglines, one to celebrate the diversity of our cuisine and culture, and the second to taste our land and our heritage. Indeed, Lebanon has a rich heritage that is reflected in our cuisine.

Furthermore, putting Lebanese gastronomy on the map is part of the BIEEL project’s mission. We are currently developing several movies that will showcase Lebanese culinary heritage in general and some of its star ingredients, such as olive oil, wine, fruits and vegetables, and Arabic sweets. These movies will not only help in boosting exports but will also highlight the products’ country of origin.

What were the highlights of the event?
Led by Fair Trade Lebanon, this initiative was a joint effort between the public and private sectors. Our purpose was to have everyone involved, which was made clear by the presence of ministers and representatives during the inauguration of the pavilion.

We also scheduled several activities on the third day of SIAL. Chef Nicolas Sale visited all of the exhibitors, tasted their products and gave his feedback and suggestions on how to uplift the taste and use the ingredients in certain recipes. Exhibitors were thrilled with his insights. Our goal is to market Lebanese products beyond ethnic shops in order to one day see them in supermarkets like Carrefour and mainstream markets.

Furthermore, we held a culinary atelier with chef Philippe Geneletti, who took an ingredient from each of the Lebanese exhibitors and cooked a wide range of dishes, such as maki and salads. He demonstrated how a French chef can mix and match Lebanese products and how they can use Lebanese ingredients in any cuisine.

What has the feedback been?
The participants were extremely satisfied with the outcome. Some closed major export deals, especially given the fact that the trend now is for Levantine cuisine, which is healthy and offers a wide variety of vegan options.

What’s next?
We would like to be present at more exhibitions, such as Gulfood and Anuga. During SIAL, we succeeded in creating a positive dynamic, and now all the stakeholders are eager to work together again. We are currently seeking the funds necessary to take all the brands under one pavilion to another agrifood/B2B exhibition.

Although our pavilion was relatively small in comparison to others, we had a significant amount of traffic.

Our next step is to launch a culinary campaign on an international level; this is also part of the BIEEL project.

Whisky Live Beirut is back!