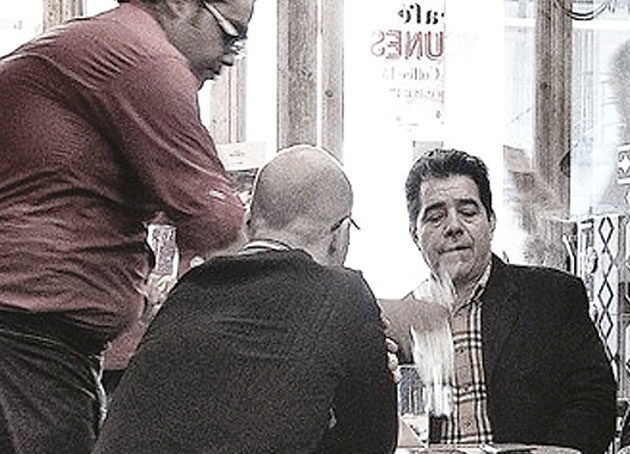 Sabine Karam, Beirut team manager and consultant at Hodema Consulting Services, delves deep into the world of coffee beans and tea leaves to bring us the latest trends in both beverages

Java, joe, brew and jamoke: while not all of us can offer a precise definition of these words, we will undoubtedly have come across what they represent, which, in simple terms, is a cup of coffee. The drink of many names is, after water, the most commonly consumed beverage on the planet, coming in all shapes and forms, from the Italian espresso, the French press pot and the Irish coffee made with whisky, to New York’s trendy Espresso Martini. The Middle East can pride itself on popularizing the ‘kahweh’ before it crossed the seven seas. Long a symbol of Arabic hospitality and an integral part of any social gathering, each country has its own interpretation; Kuwait and Saudi Arabia add saffron to the heavily roasted beans, while in Lebanon the beverage is mixed with cardamom.

Coffee rituals were pretty much set in stone until the early 2000s, when the U.S. giant Starbucks established itself in the region and turned consumption habits upside down. The coffee revolution ground its way across the Middle East, with more international franchises, such as Costa Cafe and Second Cup, following suit. Many local brands were then created and developed, including Café Younes and Moka & More in Lebanon, Dr. Café in Saudi Arabia, and Kava & Chai and Bateel in Dubai.

This expansion helped to produce an unparalleled growth in the volume of coffee sales across the region of 6 percent in 2016, according to Euromonitor International, including a record average annual growth of 25 percent over the last five years in Saudi Arabia.

With regional coffee consumption on the rise, growth will remain high in the coming years. The UAE, in particular, is expected to deliver a strong performance, with growth in fresh coffee sales forecast to peak at 11 percent between 2017 and 2021. All in all, the Middle East’s coffee industry is expected to reach USD 4.4 billion by 2021, according to Euromonitor International.

Trends
Black coffee is old news; today, it’s all about new brewing techniques and grading your cup of java. In other words, the industry is developing specialty-grade coffee, not to be confused with ‘gourmet’ or ‘premium’ varieties. The internationally recognized standard is that of the Specialty Coffee Association of America (SCAA). Recognizing coffee that scores at least 80 out of 100 in its ‘cupping protocol’, the SCAA guarantees quality through all stages of production, from seed to cup. Brands with specialty business models, such as Kalei Coffee Co. in Beirut, Raw in Dubai and 92 Degrees in Jeddah, are therefore increasingly gaining a name as ‘go-to’ destinations. Even Starbucks has had to jump on the bandwagon, opting to introduce specialty coffee on its menu to meet increasing demand. The industry also faces a growing environmental concern, similar to that which pushed wine and chocolate producers to become more transparent about their production modes. Today, the coffee we drink is prompting a range of questions: can we source the beans and how are they selected, processed, ground, roasted, blended and brewed? Our caffeine fix has now been elevated to a whole new level, a new experience enhanced by creative storytelling, building a new world around the cup and featuring a narrative of many faces, from local producers and importers to roasters and baristas.

Coffee shops like The Backburner in Beirut or Stomping Ground in Dubai are therefore channeling their efforts into investing in their baristas, with a special focus on making the experience a personal one. In essence, coffeemakers now promote the bean as an artisanal product rather than a commodity. The Third Wave Coffee considers the java as caffeinated art, with outlets offering a smaller variety of coffees on their menu, but of higher quality. Sip in Beirut, Common Grounds in Dubai, Draft in Riyadh and Cup Couch in Jeddah are all taking this successful route.

In addition, brewing techniques and preparation methods are becoming increasingly sophisticated, with siphon coffee brewers brewing coffee from glass chambers using a vacuum process. There is also the ‘pour-over’ coffee method, developed by the Chemex coffeemaker. With this manual, pour-over style, glass container coffeemaker, everything is made by hand, while a paper filter reduces the coffee oils to improve the taste. Another alternative brewing technique is the cold drip coffeemaker. Here, a metal valve controls the drip and the coffee flows through the stainless-steel filter, producing a clean, rich brew.

Hungry for tea
It might be commonly agreed that coffee fuels the world, but tea worshippers certainly aren’t being neglected.

The camellia sinensis has extended its reach across all continents to become a daily fix for millions. Like coffee, it comes in dozens of forms, the main varieties being Earl Grey, Masala Chai, Green, Mint and Iced Teas.

Despite the availability of so many options, black tea still has the upper hand globally, and the Middle East is no exception, although the worldwide health and wellness trend has shone a spotlight on green and matcha teas. The leaves of these increasingly popular varieties are packed with antioxidants, flavonoids and other biologically active substances, known to have many health benefits.

While Saudi Arabia is home to the region’s most devoted tea lovers, many others across the GCC are turning to tea as an alternative to coffee and carbonated soft drinks. In the UAE, green tea and black tea are expected to record growth rates of 10.3 percent and 6.2 percent respectively between 2017 and 2021. Many local and franchised teahouses are opening in the region to meet this demand, such as TWG tea by Twinings, and Fortnum & Mason and Arabian Tea House in Dubai. However, growth rates remain well below those witnessed across the coffee business.

Back to the leaf
Trends in the tea segment display a number of parallels with the coffee industry. One such example is the growing interest in sourcing, fueled by a relatively young consumer market that’s ready to pay good money for specialty teas and is curious to know more about the product in terms of quality, origin and how it’s contributing to sustainable development.

Less mainstream and more sophisticated brands, such as Kusmi Tea and Teavana, are thus setting foot in the Middle East, although their development remains modest. In a sign that the segment remains at an early and fragile stage of development, several brands across the region selling tea as a single product, such as Argo Tea, have closed some of their branches. Awan Tea in Beirut is one of the few survivors. However, the leaf is still expected to perform well in the coming years, with global demand for tea on the rise. Innovations, such as ready-to-drink tea in bottles, cold-brew and kombucha (a fermented variety), are also diversifying the offer. For now, however, cold-brewing is the only trend that has managed to establish itself in the region. This increasingly popular interpretation involves extracting flavors from the tea itself, allowing for an authentic taste that differs from the result of hot brewing, which can scorch the tea and create a bitter taste. Cold tea that’s freshly brewed and created from organic leaves along with other superfood items, is replacing the canned or powdered iced tea made using traditional methods in many F&B outlets. In other developments, bubble tea is proving to be a popular trend in Asia and Northern America. Although it has yet to fully take off in the Middle East, some brands, such as Meito in Lebanon and Oman, are pushing the concept.

With so many ideas hitting the market, from light herbal teas to strong, thick black coffee, you’ll definitely find your hot beverage groove this winter, whether you’re a bean or a leaf lover. While coffee is set to remain ahead of the game, tea definitely still has much more to reveal, so have your cup at the ready! 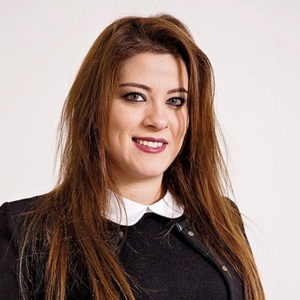