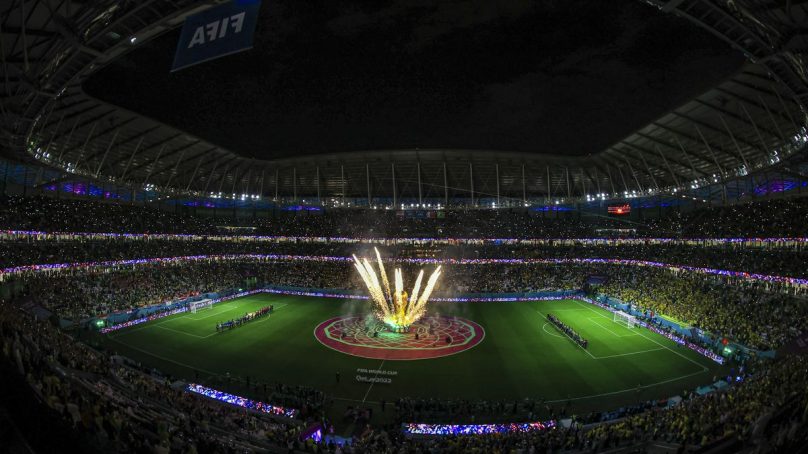 How major sporting events are spurring growth in the GCC

Over the past decade, the GCC region has transformed from a business destination to an experiential one, evidenced by an increase in international arrivals, private investments and government visions, initiatives and developments. Hala Matar Choufany, president for HVS Middle East, Africa and South Asia, and managing partner of HVS Dubai, outlines the market developments and what’s on the horizon.

The UAE, KSA and Qatar have been major players in shaping the region’s tourism industry, helping to reposition the region to accommodate millions of tourists who are seeking alternative experiences. The race to reach world-class status did not stop at state-of-the-art buildings, modern legislation, FDIs and ease of setting up businesses in a stable environment. The desire to differentiate these destinations and offer exceptional tourist experiences was witnessed at the Expo 2020 event in Dubai, as well as Qatar being awarded the 2022 World Cup and the Kingdom of Saudi Arabia securing the Olympic Asian Winter Games in 2029. Such events have helped the GCC shine on the global tourism map, supported by the ease of travel across the region.

The main drivers of growth include strategic government investment across a large array of infrastructure, thus naturally increasing the appetite for foreign investors to finance billions of dollars in the tourism industry.

The national carriers, whose reputation is correlated with ambitious standards, network outreach, competitiveness and safety, also contributed to the arrival and movement of millions of passengers. These airlines played a strategic role in promoting and positioning the GCC as a gateway, connecting East and West, and successfully converting a sizeable portion of travelers into hotel guests.

According to the economic forecast, regional growth looks promising particularly for economies with large investments in diversified segments such as tourism, business and logistics hubs, IT and other digital spaces. The massive development pipeline in the Kingdom of Saudi Arabia and significant investment in tourism infrastructure will undoubtedly strengthen further the appeal and visitation to the kingdom. The UAE, which has been successful in remaining a top destination for several years and has magnificently elevated its tourism offering and experience, recently announced further investments in the tourism sector as part of its Vision 2031. Qatar’s investments in the run up to the FIFA World Cup 2022 will position it as a major player on the hospitality scene, inducing new demand segments and further strengthening its established commercial base.

While there are signs of a global recession and slowdown, the GCC region is expected to register growth over the next three to five years, and tourism activities and receipts are set to grow. Other countries such as Bahrain, Kuwait and Oman are equally expected to benefit from growing demand, and the long-term outlook looks quite promising.

As more visitors become familiar with the region due to such global events, it is worth noting that government-led long-term strategic planning has paved the way for future sustainable growth coupled with political, social and economic stability.

Behind the bar scene