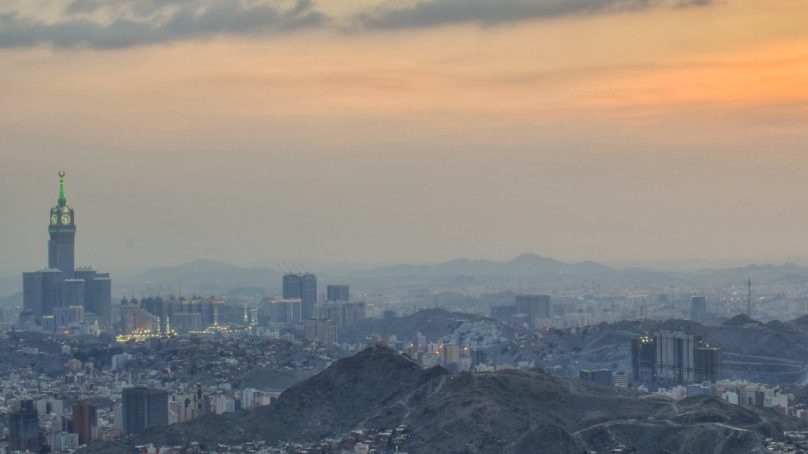 With Saudi Arabia’s development pipeline looking stronger than ever, Nada Alameddine, partner at Hodema consulting services, guides us through the list of upcoming megaprojects and what they will bring to the kingdom’s hospitality scene.

The world economic outlook is set to contract this year, slowing from 6 percent in 2021 to 3.2 percent, according to the IMF, with the global financial watchdog announcing further decline in 2023. In this grim context, Saudi Arabia is faring well, showing a strong growth profile with a robust Q3 real GDP at 8.6 percent.

American rating agency Standard & Poor’s estimates that the annual GDP will grow by 7.5 percent, representing the highest hike in the last decade. Strong energy prices have benefited the kingdom this year, which has also deepened its trade ties with Asian nations such as China, Japan, India and South Korea. As a result, its trade balance grew by 87 percent to SAR 72 billion (USD 19.2 billion) in August 2022.

Moving away from oil
Sectors not related to oil have also witnessed success. The Ministry of Economy and Planning announced that real non-oil GDP expanded by 5.9 percent in Q3, reflecting an upward trend over several months. Authorities specified that manufacturing, wholesale, retail trade, restaurants and hotels, construction and transport have thrived recently, with the government’s efforts to attract investment finally paying off. Since the launch of the Saudi Vision 2030 program six years ago, Riyadh has been channeling its efforts into reducing the country’s dependence on oil by announcing economic reforms and financing large-scale investment projects through its Public Investment Fund and National Development Fund. The latest figures also demonstrate low inflation, at 2.9 percent, which is remarkable during a time in which most countries globally are struggling to contain the rising costs of living. This can be explained by the fact that the government subsidizes food and fuel, and pegs the Saudi rial to the US dollar, the latter currently stronger than the euro and other currencies.

Becoming a top tourist spot
These promising results have bolstered the authorities’ strategy to go all out on non-oil related activities such as the banking sector, new technologies and tourism. The kingdom’s hospitality and F&B businesses are bolstered by Saudi officials and investors, who are spending hefty sums of money to develop the industry, a central pillar to Vision 2030. With the aim of increasing tourism to reach 10 percent of GDP, the country is turning into a burgeoning tourist destination compared to previously, where as recently as 2019, it was only open for religious tourism. In the space of only three years, KSA has evolved from a non-touristic destination to this year hosting the World Travel & Tourism Council Global Summit. The kingdom has been welcoming Hajj pilgrims for centuries and has firmly established itself as one of the world’s top religious tourism destinations. According to the World Tourism Organisation (UNWTO) tourism barometer published at the end of September, the sector has grown by 112 percent compared to pre-pandemic levels, mostly thanks to pilgrimages to Mecca, topping the list of G20 countries for arrivals over the summer. More than 118 million tourists visited Saudi Arabia between January and October. An array of new measures, such as facilitating arrivals in the country and the introduction of a new tourism visa, have been paying off. In late October, the Minister of Tourism Ahmed al-Khateeb announced that 12,000 hotels rooms were set to open in 2022, a 6 percent increase compared to 2021.

A series of megaprojects
Officials are not resting on their laurels, however. They have been announcing gigantic hospitality projects creating thousands of new jobs and shaping the thousands of new jobs and shaping the sector to become a key lever to diversify the economy. The kingdom has big ambitions and does not do things by halves. Four main projects have been creating excitement and buzz for months. Al-Ula, in the Medina region, is an historical hot spot, where the UNESCO World Heritage Site of Hegra (also known as Mada’in Salih) is located. The aim of the project is to create an “open-air museum,” with sustainable archaeological, cultural and touristic complexes.

The other three megaprojects are all located on the coastal line of the Red Sea. The Red Sea Project, set for completion by 2030, will consist of 50 hotels, 8,000 rooms and up to 1,000 residential properties, as well as an international airport. The first three resorts will open in spring 2023 and another 13 will be launched in 2024.

Further north, another complex is being built by the same developer: Red Sea Global. Amaala, which puts the emphasis on the preservation of nature and wellness, has a total of eight resorts under construction and is set to open at the end of 2024. Upon completion, it will boast more than 3,000 hotel rooms, residential establishments, recreational facilities, a marine life institute and a yacht club.

Last but not least is Neom, the visionary development currently under construction in the northwestern desert near the Gulf of Aqaba. With a mammoth budget of USD 500 billion, the project is set to use smart city technologies, such as robots and flying taxis, and will be powered by renewable energies. Its groundbreaking main feature will be “The Line,” a 170-kilometerlong linear city in the shape of a mirror skyscraper, which has the potential to accommodate up to 9 million residents.

The Trojena Ski Resort, designed by the late Zaha Hadid, among other renowned architects, will be located 50 kilometers from the Gulf of Aqaba and will feature the Arabian Gulf’s first outdoor ski slopes. The ski complex has seized the spotlight even before its completion in 2026, as KSA was recently named host of the 2029 Asian Winter Games. Unsurprisingly, the country plans to organize the outdoor competition in the mountainous desert area.

Oxagon will form another area within Neom. It is set to become the largest floating industrial complex in the world, with the integration of an automated port and smart supply chain network. Interestingly, Neom developers have also dedicated an area to arts and culture. In an effort to expand the country’s media industry, the recently opened Neom Media Village and Bajdah Desert Studios feature sound stages and film production support facilities.

The pace of development is breathtaking. With more on offer for international tourists, KSA will certainly be a country to watch in 2023 and beyond.

How major sporting events are spurring growth in the GCC