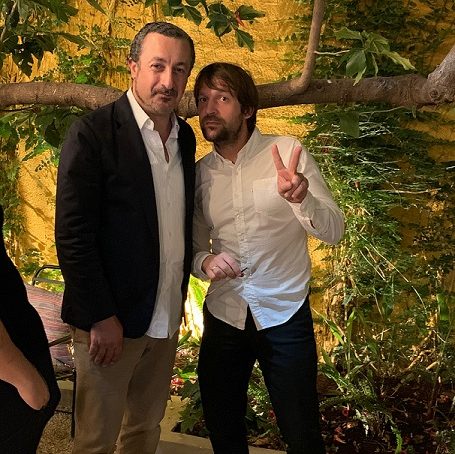 Redzepi has been called the world’s best chef and visionary, yet prior to launching Noma, his idea of opening a top-end restaurant in Denmark not based on the classic cuisines of France or Italy but on Nordic food was absurd.

Noma, is a truncation of the Danish words Nordisk (Nordic) and mad (food). Today, almost a decade and a half on, it’s hard to think of global cuisines without considering that of Scandinavia. Nordic cooking and its simple, minimalist approach to ingredients has become part of the culinary psyche, influencing and guiding chefs all over the world in the same way that the classic techniques of la gastronomie française still inform much of today’s fine dining. It is this point alone that makes Redzepi and Noma such important protagonists in the history of modern gastronomy.

But, this is where the story takes another interesting turn as he has always been of the opinion that no growth is possible without constant and relentless innovation. To that end, Redzepi’s dishes resonate with their immediate environment, which today has come to be referred to as ‘terroir cooking’.

Always on the prowl for novelty, Redzepi has through personal connections successfully launched a number of popup restaurants in Japan, Australia and Mexico as these destinations held special interest for him and constituted a testbed of sorts for his culinary creations.

Most recently, Redzepi was invited to visit Lebanon for the first time courtesy of Kamal Mouzawak, founder of Lebanon’s Souk El Tayeb farmers’ market, the Tawlet restaurant chain and the Beit guesthouse network. Mouzawak met Redzepi many years ago at Noma when according to Redzepi at a time when the restaurant had not yet garnered its global status. The visit was an invitation to participate in a live roundtable discussion on food ethics/activism and gastrodiplomacy as part of the 15th-anniversary celebrations of Souk el Tayeb, launched at The Garden Show and Spring Festival in Beirut.

Redzepi’s connection to Lebanon was further bolstered when a Lebanese culinary apprentice from the Shouf region by the name of Tarek Alameddine managed to land a job at Noma and has since been working there for the past four years.

The short 3-day visit, based on some insider information, may signal a potential collaboration that could see Redzepi entering the Middle East within the next two years.

Till then, we are keeping our fingers crossed and on the pulse for further developments.