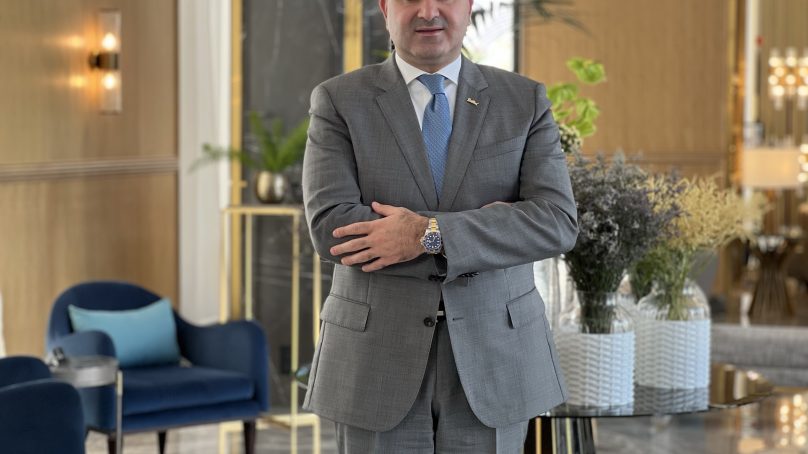 What can you tell us about your professional career?
I am an experienced hotelier, with over 23 years in the industry. Over the years, I have worked for renowned international hotel chains in various countries in the Middle East, GCC and Europe. Most recently, I was appointed District Director for Radisson Hotels in the Western Province of Saudi Arabia.

What sets Mansard Riyadh apart from other hotels in Saudi Arabia?
Mansard is a premium iconic lifestyle hotel. Its name comes from its distinct Mansard roofline, which pays homage to the signature Parisian Haussmann style of the mid-1800s. It evokes images of the grand buildings that line the fashionable boulevards of Paris.
The magnificent and classical European architecture of the hotel is combined with renowned Arabian hospitality to capture the best of both worlds, creating an atmosphere unlike any other and framing the hotel among the luxury hotels in the city. Our guest rooms are luxuriously appointed, with interiors designed by the internationally renowned firm of Hirsch, Bedner & Associates (HBA).
Furthermore, the food and beverage outlets have been crafted to feed the senses. In partnership with Major Food Group, the Mansard Riyadh proudly brings to the kingdom a selection of New York’s finest. First up is Carbone, the Big Apple’s premier Italian-American eatery. This Michelin-star restaurant is a fixture in New York’s restaurant scene. Secondly, we present Sadelle’s, the SOHO eatery that dazzles with brunch and dinner offerings guaranteed to satisfy the most particular palate. And finally, L’Amis Dave transports guests to Paris’ left bank, where sensible American adaptations of classic French dishes promise nothing less than an extraordinary evening.

What is the importance of having such a Parisian flavor at Mansard Riyadh?
The Parisian Haussmann style of the mid-1800s defines lavishness in its architectural design, where every single element reflects a throwback memory the French capital’s fashionable and luxurious boulevards. This will position the hotel as a landmark in any city it operates in.

While the luxury lifestyle hotel market is growing in Saudi Arabia, how will the Mansard Riyadh differentiate itself from its competitors?
Mansard Riyadh is managed under the umbrella of one of the biggest and fastest-growing hotel groups: Radisson Hotel Group. The group has established a strong position in Saudi Arabia and worldwide, so we are built on solid foundations. Together with our renowned team of professionals, we will drive the hotel in the right direction and ensure it continues to stand out in Saudi Arabia’s capital city.