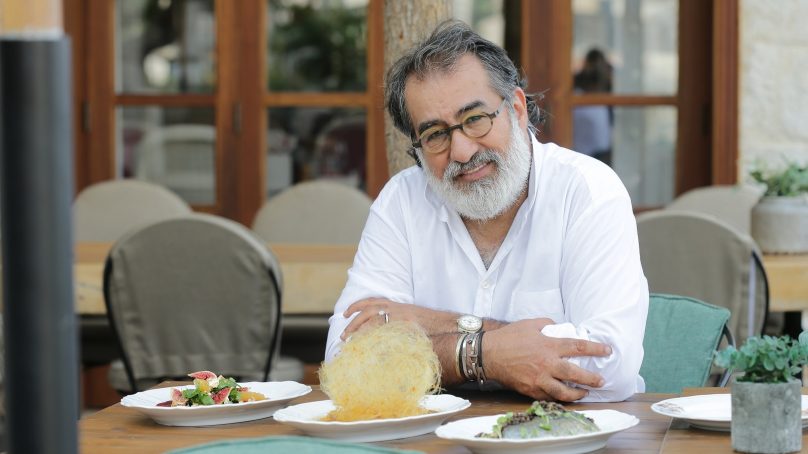 Chef Samaan Helal has plenty of experience under his belt, having worked in kitchens around the world, from the Gulf to New York and many cities in between. HN sat with the visionary chef to discuss his latest projects in KSA, some of which include his three children.

What can you tell us about your professional journey?

My journey began in my native Lebanon, where I studied at L’Ecole Hôtelière du Liban (EHL) and mastered Mediterranean cuisine. From 1980 to 1985, I moved to Paris to train at L’école LeNôtre. There, I was named LeNôtre’s brand ambassador for the Middle East. I later returned to Lebanon, where I worked in Casino du Liban, but was forced to leave to Kuwait due to Lebanon’s situation. In Kuwait, I worked with Meridian and Sheraton, until I became head of culinary development for Sheraton GCC.

From 1996 to 2017, I opened LeNotre Kuwait. The operation was very successful; our team grew from 36 to 960 employees. I later partnered with Sky Management, heading its SAX restaurants. However, due to the country’s situation and the pandemic, I decided to relocate to KSA to pursue new opportunities with my three children, who are all graduates from EHL.

What challenges are you facing in KSA?

The challenges all amount to how to deliver knowledge, quality, taste and educate people about the specifics of hospitality that go beyond profits. Success contributes to the worldwide hospitality sector.

What are the latest culinary trends in KSA?

It is very important to me to introduce people to Lebanese concepts and hospitality and food. You can’t limit Lebanese food to a few dishes. Our cuisine is all about creativity, flavors and taste, especially now that several concepts are creating fusion Arabic concepts. I respect their endeavors; however, it is important not to distort our Lebanese heritage, flavor and authenticity.

What are you enjoying most about working with your children?

I am proud of my kids because they are serious; I didn’t push them unto a culinary path. We share the same spirit and sense of success, which delivers inner joy. I always tell them: “Don’t strive to be number one. Always try to become an important person where you are.” I am so proud of them, especially my youngest, who is a fresh graduate of EHL. She has surprised me with her attitude. Thanks to her, I was able to come to Lebanon while she heads the training sessions in KSA.

What are your plans for the future?

My son, Abraham, and I are considering taking some concepts from Lebanon to KSA and Athens. I believe that if you do the right thing at the right time in the right place, you can build a strong reputation and not just think profit. Profit is all about reaching a higher platform. I have three pillars by my side: my son, Abraham, and my two daughters, Elige and Natacha. I am also thankful for all the people who are always supporting and helping me, without whom I wouldn’t be able to launch my concepts.