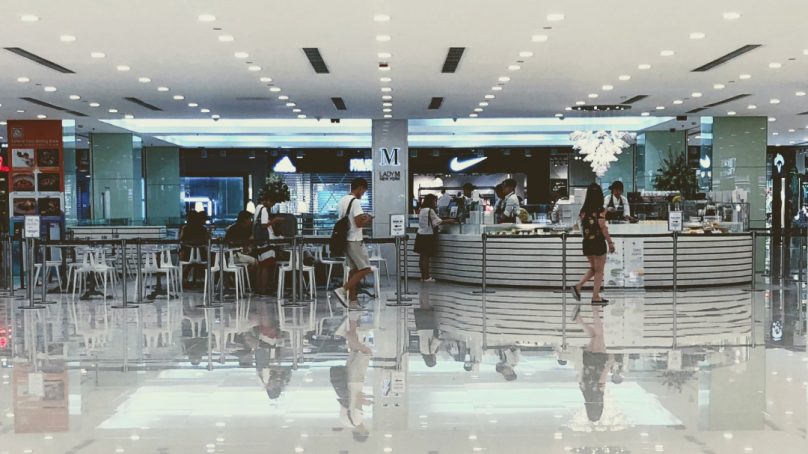 The future role of malls in the Middle East

It is clear that the coronavirus has accelerated e-commerce, even in traditional economies of the Middle East. Nagi Morkos, founder and managing partner at Hodema consulting services, examines the likelihood of malls making a comeback post Covid-19.

The coronavirus arrived at a time when Middle Eastern economies were already witnessing slowdowns. As more consumers turned to e-commerce, fears were triggered among retailers that these clients might be lost forever.
So now that vaccine rollouts are in full swing and businesses are gradually returning to some form of normality, it is time to ask that all-important question: are malls – where most purchases are made in the region – a thing of the past? The short answer seems to be no, although post-pandemic retail has slightly changed.

Gearing up for Expo 2020
Good news is coming from the Gulf, as mall operators are bringing out the big guns to revive the industry. The first card up their sleeve is summer, which means scorching temperatures until October. Malls have traditionally been cool havens for people wishing to venture out of their air-conditioned houses to shop and walk around, so their leisure and entertainment offerings have always been in high demand. This year should be no exception. Although full lockdowns, grounded flights and low oil prices may be behind us, investors and developers are still counting their losses. Emaar Malls – run by stateowned Investment Corporation of Dubai – lost 25 percent in revenue last year and had to implement a rental relief program to support its retailers. Majid Al Futtaim Group, the other big player in the mall world, with 28 shopping centers in the UAE, Egypt and Saudi Arabia, also witnessed a 19 percent drop in its earnings, with leisure and entertainment being hit the hardest.
Malls had to wait for the first few months of 2021, which saw massive vaccination campaigns and eased restrictions, to stage a comeback. It proved successful, with Emaar announcing USD 87 million in profit for Q1, an increase of 169 percent y-o-y.
Majid Al Futtaim is also witnessing solid recovery, although the company hasn’t published any figures yet. The firm’s CEO, Alain Bejjani, is expecting even better retail revenues than the pre-pandemic figures. The company owns and runs the popular Mall of the Emirates in Dubai, which is home to an indoor ski slope and the world’s busiest Carrefour supermarket.
However, shuttered storefronts can still be spotted in many malls, with some businesses having fallen victim to the economic slowdown of oil-exporting nations. Furthermore, although the health situation has improved, restrictions are not yet over. Many authorities announced new regulations in mid-June, making it mandatory to be vaccinated in order to enter some public places. But it is unlikely that malls will suffer a strong negative impact as most people in the UAE have been vaccinated and will be able to access the popular food courts, clusters, cinemas and other activities.
Operators are also looking forward to October, when the Expo 2020 event, which was delayed by a year, kicks off. Around 25 million international and local visitors are expected to attend the event. More than 190 countries will feature their arts, crafts and technologies in pavilions, with hundreds of conferences and events organized until the end of March 2022.

From slowdown to speed up
Meanwhile some mall operators are already planning their next investment move, announcing new expansion plans. Last February, The Dubai Mall Village added 21 new sports and lifestyle stores to its portfolio, with an additional leasable area of 79,000 square feet. Then in April, Emaar Malls partnered with Time Out Group to open the Time Out Market in Souk Al-Bahar. The group is planning to open Dubai Hills Mall later this year. The project comprises a 600-outlet complex of retail and F&B brands, a cineplex, hypermarket, leisure centers and over 7,000 parking spaces.
Majid Al Futtaim Group is also busy expanding its mall portfolio. After the City Center Al-Zahia in Sharjah last March, the company is putting the finishing touches to The Mall of Oman, due to open later this year having been delayed by the pandemic. The Dubai-based group is even eyeing destinations farther afield, with plans for Kenya, Uganda and even Uzbekistan. But its main project in the coming months will be in Saudi Arabia, where it will develop its next flagship project in the kingdom: The Mall of Saudi. The complex, which will consist of 600 stores across 300,000 square meters, will be located in a neighborhood in northern Riyadh as part of a mixed-use development. According to Saudi media, half of the leasable space is already reserved. The mall will also host the largest ski slope and snow park in the Middle East, luxury hotels and residences as well as 31 cinema screens, including the world’s largest IMAX.

The challenge of digitization
Although mall activity has unarguably picked up in the last few months, consumer behavior toward shopping has changed in light of the pandemic, with online spending on food and retail higher than ever before. The rebound of in-store purchases was expected after months of closure, but operators should remain cautious; in the longer run they need to incorporate digital technologies to keep up with the booming world of e-commerce. Shopping is now largely online, so malls need to strengthen their “experience” added value as multipurpose destinations to keep attracting consumers.

Lebanon: trying to stay afloat
Across the region the situation is drastically different. Lebanon has been experiencing its most severe economic and social crisis in its history. The country has not only been hit by the pandemic like everyone else but also by a devastating banking crisis that turned into an economic disaster and a deadly blast that led to a social and humanitarian tragedy. Many are leaving the country for a better life elsewhere, while others are losing their jobs. All industries are affected, including retailers and mall owners. According to data released by Fransabank in partnership with Beirut’s Association of shop owners, all retail sectors have crashed in the last year, dropping more than 85 percent y-o-y, with people only buying basic goods and medication.
Supermarket earnings have decreased by 94.49 percent, as people’s purchasing power has deteriorated, and malls witnessed a 91.88 percent decrease in revenues in Q1 this year: a record low, worsened by the political paralysis.
Limitations have been put on money withdrawals, the Lebanese pound has lost nearly 90 percent of its value and prices have nearly tripled. The future is uncertain for operators, as they desperately try to remain open.
In the midst of these dark times, the ABC Group launched an initiative to support local artists. After the deadly blast at the Beirut Port on August 4, 2020, many galleries and studios were damaged, so the Verdun ABC mall decided to dedicate its third floor to exhibiting paintings and sculptures. The group is now planning to expand the initiative to its Dbayeh mall.

To mall or not to mall
While the situation in Lebanon may be uncertain, things look much brighter in the UAE, KSA and other countries where we can remain confident that malls will continue to welcome shoppers for the foreseeable future.