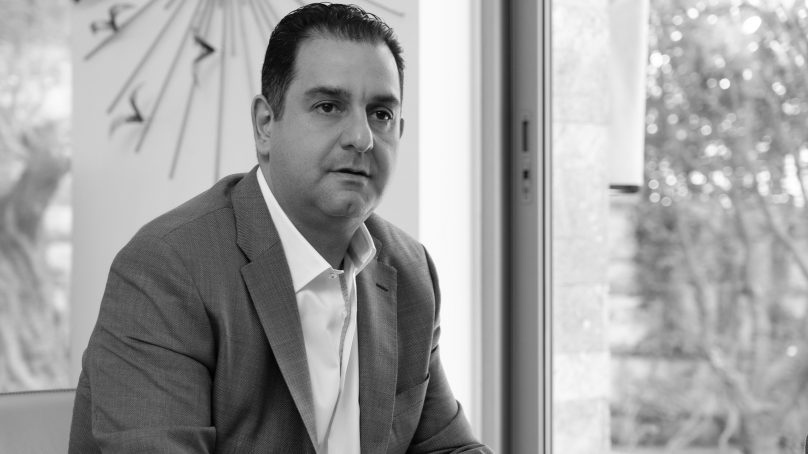 Through his restaurant group and his work as president of Lebanon’s RNCP Syndicate, Tony Ramy has dedicated his life to championing Lebanon as a tourist destination. We sat down with the restaurateur to reflect on the past year and discuss what’s on the horizon.

What can you tell us about the “Ahla Bhal Talleh” campaign that was launched in summer 2022?
Lebanon’s reputation was rather negative at the start of 2022. Expats and tourists weren’t being enticed to visit the country, which made the task of promoting Lebanon even more urgent. So, the Syndicate of Restaurants, Night-Clubs, Cafes and Pastry Shops (RNCP) joined forces with the MoT and launched the 2022 summer campaign, “Ahla Bhal Talleh” – Welcome to Lebanon, in order to shine a bright light on the hospitality sector and reassure travelers that Lebanon continues to offer top-quality services and food, despite all the challenges.  The campaign was a huge success among expats who appreciated the branding and the spirit of the initiative.

Tourism in Lebanon is affected by several factors. What are the main ones?
Lebanon has what it takes to be a year-round tourist destination. However, social and political turmoil, and the dire financial conditions gravely affect it. The Lebanese hospitality sector needs to be recognized for its prowess, as it not only provided tourists with optimal service without electricity but also managed to introduce five-star properties despite the grim market conditions.

Several restaurants have opened lately. How do you explain this phenomenon? How is the industry still garnering interest despite the current situation?
The Lebanese have a natural survival instinct and love of life. It is the will to remain in Lebanon that drives many Lebanese restaurateurs to open new concepts, despite the fact that profits cannot be made without stability. Thanks to a successful summer season, some venues reopened their doors. However, there is a lack of foreign investments, and there are no franchises opening in the country. Most new restaurants are simply refurbishments of old ones.

Lebanon is considered a testing ground for successful franchises. What can you tell us about this?
Lebanese franchises are in high demand by visitors from the Gulf, thus succeeding locally is crucial for restaurants seeking to take advantage of these opportunities. Being present in the MENA region can help restaurants thrive locally.

How would you describe Lebanon’s position on the world tourist map?
Back in 2008, Lebanon used to top the Middle Eastern chart when it comes to its hospitality sector. Currently, Dubai rivals the likes of Tokyo, London, Paris and Milano. Thanks to Expo 2020, the emirate was able to attract 20 million tourists.

As for Qatar, thanks to the FIFA World Cup, the country is being regarded as an emerging tourist destination. When it comes to Saudi Arabia, the country is forecast to experience rapid growth in 2023 thanks to investments being channeled into tourism. If Lebanon doesn’t make the necessary improvements and investments, it will miss its chance. The positive thing is that despite everything, Lebanese restaurants are present in the Middle East, which not only helps them sustain locally but also provides local talents with job opportunities.

OPINION: The evolution of Saudi Arabia by Dagmar Symes