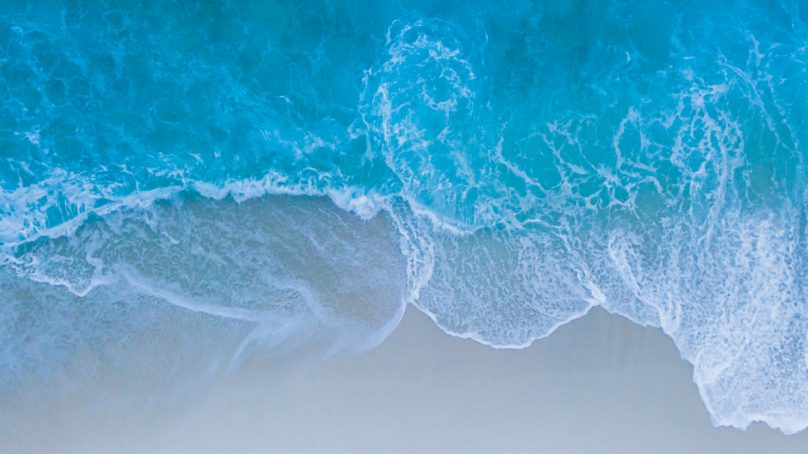 It’s official: Egypt’s North Coast, also known as Sahel, is the go-to summer spot. Here, Ralph Nader, CEO of Amber Consulting, gives us the lowdown on this unlikely destination and why it’s attracting a certain caliber of tourist.

While the Mediterranean shoreline has played a significant role in Sahel’s rise to fame, its popularity is largely the result of investments in its tourism potential. Indeed, in recent years, hospitality experts — from property developers to entrepreneurs — have become aware of the exceptional opportunities available in Sahel.

Development has definitely reached its pinnacle for the season. In fact, three adjectives sum up the summer vibe in Sahel: exotic, exciting and exclusive.

Exotic
Sahel combines the best of all sun-kissed destinations. Pick any summer holiday spot in the world and you will most likely find its equivalent somewhere along Sahel’s beautiful coastline. Visit the Bianchi Ilios or Hacienda White for a Santorini-esque experience, indulge in lunch the Italian way at Stella Walk’s Penne Talk, relax at Bonbonne Beach — a French import — or enjoy live performances by international artists, such as John Legend and Jennifer Lopez. However, this is only the tip of the iceberg. The biggest nightlife and dining venues, and the newest Egyptian world-class lifestyle concepts, have established themselves on this northern coastline, making it a magnet for those who want an exotic vacation, with entertainment to match.

In fact, much of the hype surrounding Sahel is the result of a number of successful Lebanese concepts finding their way there. Sax is reopening its doors at Address Marassi Golf Resort, promising guests a sophisticated menu followed by elegant jazz and international band nights. Beirut’s super-club AHM is also making its way to Sahel this season. Visitors will also find Casa Cartel, which features rich Latin-American cuisine.

Grecco, a Greek-Mediterranean concept, is making a comeback on the north coast at Seashell Playa after a successful summer 2021 season. In the words of Grecco’s co-founder Karine Khoueiry, “Grecco is unique for its exceptional food. But in Sahel, we offer an additional twist: an amazing lineup of internationally known DJs and bands that will be playing all summer long.”

Another beloved Lebanese brand finding its way back to the north coast is the award-winning BBQ Bros. Boasting a live grill, the renowned concept has two locations: Marassi and Mountain View. In addition, the brand’s burger stations will be serving delicious delights at Sahel’s hottest events throughout the summer.

Popular Egyptian food concepts are also looking for a piece of the Sahel action. At Almaza Bay, After the success of Cairo’s favorite gastropub The Tap Bar and Grill, The Tap North is heading to Almaza Bay. Pier 88, Monkey Bar and Grill, Sachi and MEGUMI are also forming part of the hospitality landscape. In a separate development, Casa Noku is among the newest Egyptian concepts launching this season.

The arrival of well-known concepts in Sahel has certainly created intrigue. BBQ Bros’ owner, Mario Aoun, said: “The challenge between developers to bring in the biggest names is real, and the competition is fierce.” Admittedly, it is satisfying to watch hospitality giants fight to provide the best service and experience, all in one locale. Some of the most prominent businessmen in Sahel’s hospitality race include Ahmed Ganzoury and Galal El Kerdany, while Travcoproperties and Palm Hills Developments are two of the leading mixed-use project development companies. G’nK Group and gk Hospitality are also names to watch.

Wherever holidaymakers choose to stay in Sahel, they can be sure that they’ll have everything they need for the summer, from the hottest dining and party spots to lifestyle facilities, including yoga studios, fitness centers and camping sites for adults and for children. Visitors can even watch a movie at Al Masa Mall, Alamein City, an impressive cinema complex, and fulfill their shopping needs at Sahel’s hypermarkets.

Destinations that are known for their vibrant nightlife include Marassi and Seashell Playa. Marassi’s newest crossbred club, Club Central, combines Egypt’s most popular parties, Back2Basics and Blurr. The latest and one of the greatest additions to Sahel this season, however, is the iconic Beirut-born concept AHM, which has been branded by Venture Lifestyle as Egypt’s first super-club in Sahel’s Seashell Playa. The Factory People’s presence will inevitably elevate Sahel’s music and clubbing reputation to equal international standards. Combined with Blue Marlin Ibiza’s opening in 2023, these influential forces will definitely take the Sahel experience to a whole new level, reviving the music industry in Egypt and introducing a unique fusion of Mediterranean and Western clubbing.

For those seeking a more family-friendly atmosphere, Almaza Bay is a great choice. Indeed, this emerging market might be stealing the spotlight this season for its abundance of activities.

How about enjoying all of the aforementioned amenities with the added privilege of exclusivity? It’s important to mention that all of the compounds and projects in Sahel are laced with the highest level of security; you may not enter unless you’re an owner, a member of a resort or you have an official reservation.

So, all that remains to ask is where are you traveling to next? Sahel or Mykonos?