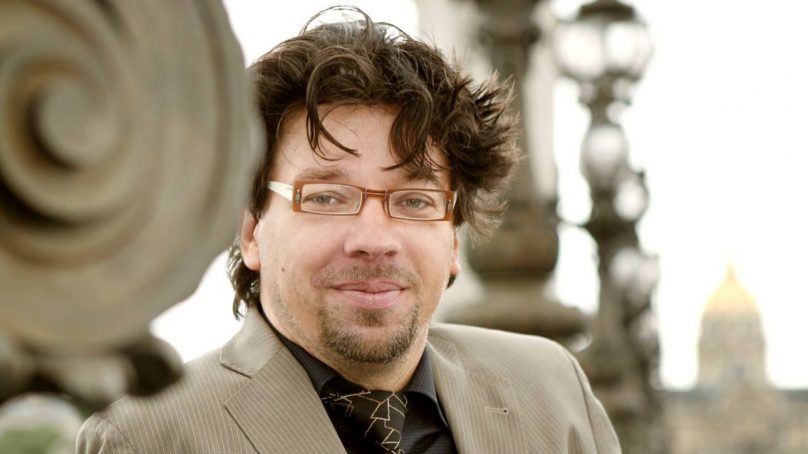 Jörg Zipprick, co-founder and editor-in-chief of the international restaurant review aggregator LaListe.com, has worked as a journalist and author since 1991. Having won numerous awards for his work, Zipprick is a staunch supporter of authentic cuisine. Here, he tells us more about his journey and what it takes to make it on the list of the world’s best restaurants.

Why did you decide to co-found La Liste?
First of all, there’s a founder with every co-founder, and La Liste’s founder Philippe Faure, with his network and his knowledge about gastronomy — he’s a former owner of the Gault & Millau guides — was absolutely crucial to the project.
As for my reasons, I used to travel a great deal before the pandemic and not only to popular destinations full of western tourists. Where do you find your restaurants when you are, like me, traveling to Kaliningrad, Rostov-on-Don, Cabo San Luca or Chengdu and Yantai in China? La Liste is providing an answer and publishing it not only on a website but also in a free application, with almost 30,000 addresses.
Another reason was that I was growing little tired of seeing the same chefs receive all the media exposure while many excellent restaurants weren’t getting any coverage at all. La Liste gives visibility to restaurants that work well on a local and national level.

How do you select which restaurants make it on the list?
La Liste is selected by an algorithm based on ratings of our source material. Currently, the algorithm is powered by 970 publications, guides and review sites. To be selected for La Liste, the first thing a restaurant owner needs is a reliable magazine or newspaper in his country that praises their food. Great customer feedback will be necessary too.
However, a certain cooking style is not required for La Liste. Many restaurants aim for “Instagrammable” dishes or eye-pleasers that can be simple or highly technical, while others go to great length to obtain the desired effect, like using chemicals, additives, colorings or even artificial flavors. As a result, authenticity is lost.
The algorithm of La Liste provides a bonus to restaurants that serve their local or national dishes and aim for authenticity using good ingredients.

As a seasoned journalist, what are your thoughts on food review sites and so-called food bloggers?
I think that review sites give necessary information. Instead of looking at the score, you have to read the comments. If there are recurring issues that appear several times, then the restaurant might have internal problems.
There are some downsides to the “everybody is a critic” phenomenon, and I’m going to name two. A few years ago, a young blogger told me that I had “insulted her favorite chef” with my articles. She added that it’s such a pity that she never got to taste his food. If she had never tasted his food, why was this chef her favorite?
The second is the focus on pictures. The Internet cannot reproduce taste or smell; it’s purely visual media. There are a lot of classic or regional dishes that are excellent but look substandard. They won’t get likes and are constantly losing ground in restaurants because people now want a feast for the eyes. However, food should be a feast for the taste buds.

What is the role of a professional food critic?
A reputable food critic sits in the place of the client and is neither friends with chefs nor financially dependent on them.
Unfortunately, many critics, even well-known ones, are doing paid PR for restaurants and becoming close friends with chefs.
Do not follow a critic blindly.

What is the most prominent food trend for 2022?
Unfortunately, labor shortages are a challenge. Hundreds of thousands of line cooks and waiters, who are impossible to replace, have left the hospitality industry because of the pandemic, and this has influenced the menus of restaurants. Instead of offering a menu with reasonable choice, there’s often one fixed menu for all guests.
From a culinary point of view, everything depends on the pandemic. The end of the pandemic could result in a “Roaring Twenties” scenario, with lavish, luxurious foods. If the situation remains critical, traditional or classic restaurants might prosper since people tend to trust proven concepts, or food, in times of crisis.
Personally, I do not see the trend for local, organic food coming to an end, on the contrary. Chefs should make sure their local suppliers work to the highest professional and ethical standards.

If you were to recommend five top restaurants from La Liste, which would you choose and why?
That is tough. There are a lot of excellent ones around the globe. Our winner, Guy Savoy, offers the perfect proposition in a stunning setting. May the other French forgive me, but I like the cooking of Bernard Pacaud (L’Ambroisie) a great deal. This chef is excellence personified, a true stalwart of French qualities.
In Italy, Da Vittorio and Don Alfonso 1890 both serve authentic Italian food in a beautiful setting.
On my wish list, you’ll find Frantzèn in Sweden, Plénitude in Paris, Obauer in Austria and the Lost Kitchen in Freedom, USA.
Last but not least, there are plenty of places in our La Liste application that are not in the world’s top 1,000 list but are still remarkable: Güeyu Mar and D’Berto in Spain, Mpoukadoura near Nikiti in Greece and La Ferme de la Ruchotte in France.
I’m also fond of traditional food in Eastern Europe and Russia, but I’ve mentioned more than five places already! As I told you, there are a large number excellent spots, and many of them are not expensive.