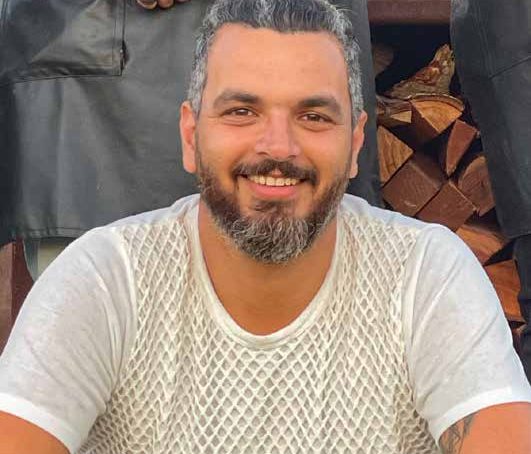 “If you get that gut feeling, trust it, and give it your all,” is Mario Aoun’s mantra. As owner and director of the BBQ Bros, one of Lebanon’s brightest food concepts, he has certainly followed his instincts, creating a respected brand that is now present in several countries in the Middle East.

What can you tell us about your background?
I studied hospitality management at Notre Dame University in Lebanon and then trained at Paul Bocuse in Lyon. It was later that I participated in advanced meat and grilling masterclasses in Australia, America, Brazil, Ecuador, Ireland and The Netherlands. Besides running my businesses, I am president of the World Barbecue Association in Lebanon and Egypt, ambassador of MENA and director of marketing of the WBQA.

How did you come up with the concept for BBQ Bros?
Funnily enough, I thought of creating BBQ Bros rather unexpectedly. I traveled around the world, developing my open-fire grilling techniques, participating in barbecue competitions and earning awards. The idea was organic and natural; and here we are, with branches in Lebanon, Kuwait, KSA and Egypt.

What makes your concept unique?
Our concept is hybrid; it can be catering for public events, private events, a steakhouse or a street food concept. It is live cooking on an open fire. We reimagined the whole idea of grilling by bringing what was once referred to as the “back of house” to the front stage, transforming this solitary activity into a shared experience.

Do you have any plans to venture into Europe?
We believe that our dynamic concept can light up any event, and we are definitely keeping a close eye on Europe. If presented  with the right opportunity, we can succeed because our concept can fit any market perfectly.

What differentiates Glasshouse, your other concept, from BBQ Bros?
The Glasshouse is BBQ Bros’ home and is dedicated to the art of grilling. We made sure to involve our customers through our live cooking shows, allowing them to experience authentic barbecues. Although the menu is simple, it revolves around the tastiest meat. The Glasshouse is a meeting point, where everyone shares a meal in a cozy atmosphere.

Do you have any plans to expand BBQ Bros beyond Lebanon?
We already opened various outlets and catering in Gouna, Cairo and Sahel with more outlets to come. We will also launch our first outlet in Kuwait City. We will reveal more details later on. Soon, we will launch Smashed by BBQ Bros and Steak Frites by BBQ Bros, which will make franchising even more interesting.

How have your franchising experiences been?
We have found that manchise agreements work best for us, as we can take our brand and expertise to any market and do our magic.

City & Guilds transforming lives one certificate at a time