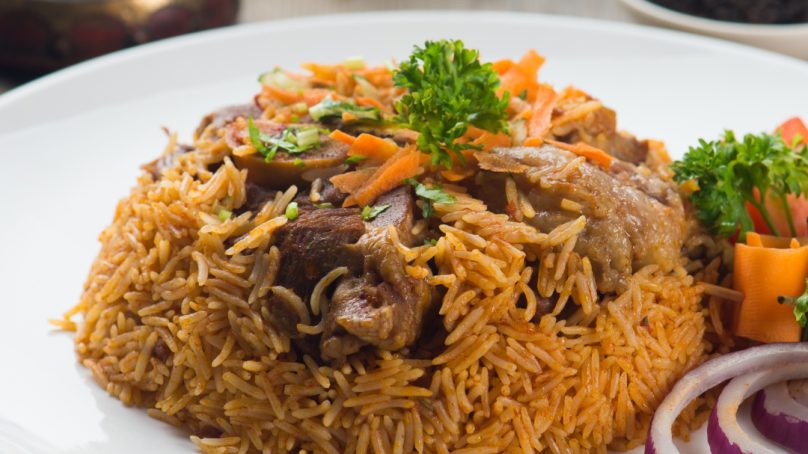 From the Kingdom to the world: rethinking Saudi cuisine

In line with the Saudi Vision 2030 plan to diversify the economy with an undeniable emphasis on tourism, Ralph Nader, CEO of Amber Consulting, highlights the importance of rethinking traditional Saudi dishes and its potential to become a globally recognized cuisine.

Have you ever tasted authentic Saudi cuisine? A JLL report released in June 2020 identified the top five cuisine categories in KSA in a study that obtained data from 9,000 restaurants across Jeddah and Riyadh. Remarkably, one of these categories included Saudi cuisine. Middle Eastern cuisine, however, ranked as the second-most popular category in both cities, with the majority of respondents only offering Lebanese or Mediterranean cuisine.

To date, there are no Saudi restaurants in the kingdom distinctive enough in concept and taste to be worth mentioning. Moreover, there isn’t a single outlet outside of the kingdom itself that represents true Saudi cuisine.

Saudi Vision 2030: the opportunity of a lifetime
On October 28, 2022, Fortune Business Insights released a report, “Saudi Arabia Food Service Market, 2022-2029,” in which it predicts that the foodservice market will hit USD 30.47 billion by 2029, in comparison with its size — valued at USD 12.57 billion in 2021 and a projected USD 14.16 billion in 2022. The numbers reflect, among other things, the drive and the rush of local and foreign investors to partake in the development of a promising future It destination.

The need for a focused effort
There is a dearth of restaurants serving authentic Saudi dishes, despite its inarguable success among locals. This under supply is the result of disorganized behavior on the part of the Saudi food industry rather than traditional Saudi dishes being unpopular.

Known for its rich and flavorful dishes, Saudi cuisine is extremely popular in Saudi and non-Saudi households across the kingdom. So what will it take for the shift to be made from traditional, homecooked meals to contemporary and international Saudi dining experiences?

A tried and tested path
Popularizing Saudi food will probably require the same solution witnessed across other now-renowned international cuisines: essentially constantly reimagining dishes in terms of techniques and ingredients while preserving their heritage and the essence of the culture.

The success stories of other international cuisines speak for themselves:

French
First documented in the 1600s, techniques pertaining to French cuisine were later studied by professionals. French cuisine subsequently expanded as the French colonized parts of Asia, Africa, North America and the Caribbean.

Lebanese
Lebanese cuisine would not have been the same without the efforts of countless Lebanese chefs who have worked relentlessly to innovate and share modern takes on authentic Lebanese cuisine in iconic venues such as ilili in NYC and Paris’ Alan Geaam and Liza restaurants.

Asian
The international success of Asian cuisine is largely attributed to Zuma restaurants, whose co-founders modernized Japanese dishes and made them more sophisticated since they launched the concept around 20 years ago. They went on to inspire a quasi-revolution that resulted in Asian restaurants becoming hugely popular in almost every big city around the world.

South American
South American cuisine is no longer a stranger to the Middle East, with a number of Peruvian restaurants having launched in the region, the most famous of which are Sapa in Lebanon, and Coya, which has branches in Dubai, Abu Dhabi, Riyadh and Doha, among other places.

North African
On another note, and despite its closure in March 2020, the legendary restaurant Momo in London has done an incredible job in modernizing and internationalizing North African cuisine.

In addition to their contemporary cuisines, these restaurants offer different types of entertainment, from music to dancing areas and organized parties. They understand that differentiating their concept by tying it to real culinary experiences is crucial when introducing a foreign cuisine abroad, because it makes them more relatable and increases their chance of success.

KSA on the way
All creators of international cuisines have to go through a period of learning and transformation, where interested parties need to reimagine the traditional food of a region and/or country in order to create a modernized yet real culinary experience locally and abroad.

There is every reason to think that the same can occur with Saudi cuisine. One way of making it happen is to engage a team of experts to look into the actual gastronomy and variety of dishes available and reimagine them from a taste and presentation point of view.

In reality, the process has already begun. A new concept is launching soon in Saudi Arabia called MAIZ, which is developed by Al Khozama Group, one of the most prominent players in the Gulf region’s hospitality sector. This concept has been specifically developed to target high-end customers and to promote Saudi food worldwide. Its menu features authentic Saudi dishes from 13 regions of the country fashioned into contemporary meals. To ensure complete authenticity and respect to Saudi culture and heritage, Al Khozama Group has developed the concept in collaboration with the Saudi Ministry of Culture, Saudi Heritage Commission, Saudi Culinary Commission and Diriyah Gate Development Authority.

A precedent has been set in the country that other players in the Saudi F&B community can build upon, especially in years to come. They can capitalize on consumer habits and trends that are shifting toward experiential and healthy dining around the world. Instead of staying local, these businesses can use this opportunity to introduce Saudi cuisine to the world by creating a Saudi Arabian culinary experience abroad, targeting not only the high-end market but also midlevel and fast food markets. This could put Saudi Arabia on the international culinary map and attract international tourists from all parts of the world, thereby fulfilling the country’s 2030 tourism goals.

Spirits on the rise