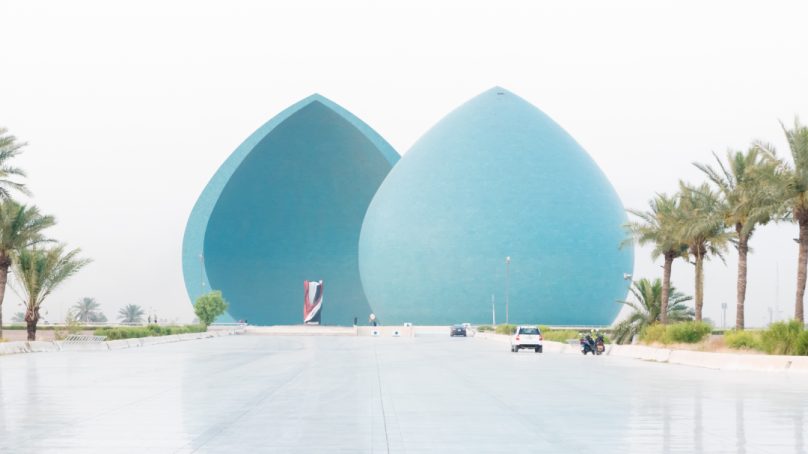 Behind the scenes: Baghdad’s hospitality potential

After years of conflict, Iraq is beginning to finally find its feet. Ralph Nader, CEO of Amber Consulting, investigates how the country’s hospitality sector is shaping up and why the capital is proving appealing to F&B brands.

Tourism in Iraq has long been regarded as a major growth sector and the subject of studies and news headlines over the years, especially after the end of the civil war in 2011. As the country sought to rebuild, develop and stabilize, the sector’s potential became more apparent — for both locals and for travelers.

Iraq’s richness stems from its myriad cultures, with over 5,000 years of recorded history and some of the world’s most ancient cities, which are located between the Tigris and Euphrates rivers.

More specifically, it is becoming increasingly evident that Baghdad’s hospitality potential could play a major role in the recovery of Iraq’s economy. Despite the many obstacles halting the development of this sector, more than a glimmer of hope exists for its future.

Main challenges
There are a number of challenges facing Baghdad’s hospitality sector. These include:

Political instability
Conflict and violence, resulting from wars and political upheaval in the region, have left many historic and touristic sites in desperate need of rehabilitation. Since 1980, Iraq has witnessed three wars and economic instability, all of which have negatively impacted tourism development.
As a result, tourism’s contribution to economic growth has suffered greatly.

Halts in ICT development
Facilities required for the hospitality industry to function properly are also lacking. Iraq’s ICT sector is largely impacted by the aforementioned security situation, as well as the absence of an approved ICT regulation to date.

Little to no investment planning
There are ambiguous investment regulations to facilitate new inflows, inadequate information regarding potential new investment opportunities and a lack of focus when it comes to promoting opportunities in the sector. However, as the Iraqi and global economies recover, it is evident that there is plenty of room for new investment in the Iraq tourism sector.

Openings and opportunities
High population equals high demand. Being one of the larger countries in the region, Iraq’s population stands at around 40 million. Restaurants constituted as much as 89 percent of the hospitality sector, according to a
UNESCO report published in 2019. Since most of the country’s restaurants are fast food chains and popular eateries, there appears to be a gap for a more diversified dining experience that includes fine-dining and international venues. Brands that are entering this new market may feel like they’re sailing through a relatively blue ocean.

Culture and history
A cradle of civilization, Iraq possesses the key ingredients to attract discerning tourists from the four corners of the world. Hospitality actors and stakeholders can leverage ancient locations, such as Babylon and the Hanging Gardens — one of the Seven Wonders of the World.
Religious tourism is also highly popular and one of the main contributors to the tourism economy. This can only spell good news for the hospitality sector, which stands to benefit considerably from an influx of foreign tourists and pilgrims.

Innovation and startups
There is evidence to suggest the existence of increasing local demand for hotels, restaurants, cafes, shopping malls and other facilities, which could fuel the growth of this industry. The Central Statistical Organization reported that the number of hotels and tourist accommodations in Iraq steadily increased between 2007 and 2018. While obstacles, such as political instability and a global pandemic, continue to threaten tourism growth, there is definitely a reason to be hopeful. Indeed, a multitude of tourism and hospitality startups have been launched recently, including Wen, Sindibad and Safr.

Living proof
Older franchises, such as Burger King, Subway, Cafe Barbera, have been joined by newer names, including Buffalo Wings and Rings, which opened in Erbil in mid-2020, and the more recent addition of Cold Stone  Creamery (2022).

In the last few years alone, several Lebanese franchises have opened in Baghdad, including Ahwak Café, Breakfast to Breakfast and the famously refined Noura pastry and coffee shop. Noura made its debut in Baghdad in 2021. To date, it’s the most prestigious pastry shop in the city, offering a European taste with an Arabic touch — the best of both worlds, one might say. Noura’s management views the market as being in a state of growth and expansion. The owner of Noura, Pierre Khabbaz, said that the decision to branch out in Baghdad was a move that has proven to be profitable. It comes as no surprise that Noura’s competitors are now looking to expand in Baghdad.

Furthermore, international food delivery applications have found their way into the Iraqi market. Toters made its debut in 2019, while the Kuwaiti brand Talabat — the region’s leading food and grocery delivery app — launched in Iraq in the second half of 2021.

Depending on one’s perspective, investing in Baghdad could be viewed as a risk or an opportunity. Disregarding hard truths is never recommended and it is dangerous to lose sight of reality. Nonetheless, ignoring an opportunity also has disadvantages. Especially for aspiring business actors and entrepreneurs in the making. After all, as T.S. Eliot put it: “Only those who will risk going too far can possibly find out how far one can go.”

How to make your coffee shop stand out