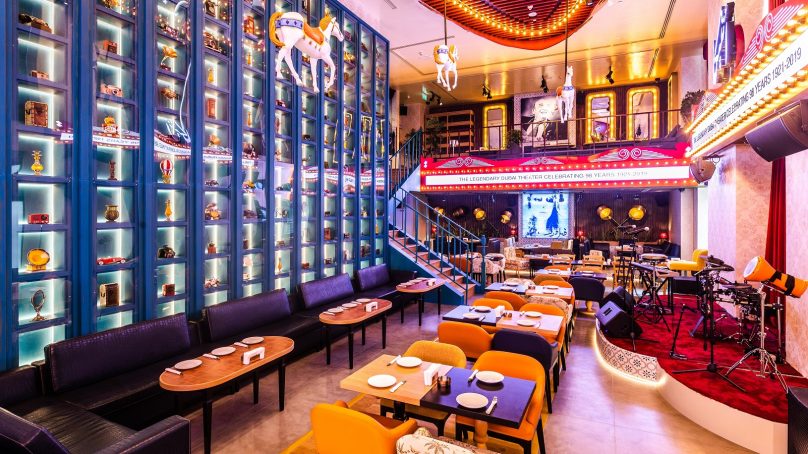 Renowned F&B titan 7 Management has dominated the hospitality scene in Riyadh, Beirut, Dubai and Doha, with an array of standout Middle Eastern brands, such as Café Beirut, February 30, Lucia’s, Antika and Sayf.

Having a clear understanding of the market, has put 7 Management in a strong position, allowing the group to focus on constantly re-inventing menus and exploring new cuisines and tastes.

After the company’s massive success in Dubai, with the launch of three concepts in just under six months, it now plans to expand in the GCC. The Theater, a UAE-born concept that transformed the nightlife and F&B industries, is now a market leader, as well as a music and entertainment institution. Following its success, 7 Management is continuing to pursue its growth strategy across the UAE through highly acclaimed and sought-after Lebanese brands. Lucia’s, an Italian restaurant, opened its doors in Dubai in February, providing an Italian experience anchored in tradition but also enjoyed by today’s modern diner. In addition, February 30, a brand that started as a street venue in Hamra, Beirut, expanded to the Emirate’s largest city as an enhanced beach destination and restaurant on Palm Jumeirah, raising the brand to new heights.

Furthermore, 7 Management’s outposts have already snagged a number of awards this year, including Best Sundowner Spot for February 30, Best Show of the Year for Theatre and Best Party Brunch for Seven Sisters.

Its expansion in the GCC countries will see the company opening Lucia’s, Seven Sisters and B018 in Doha, followed by Antika in Manama in 2023.